Samsung Galaxy S4 has received a preview from us 2 months ago and that was a sample version, but the finalized unit has arrived at long last. This handset goes for $639 off contract, or $199.99 on AT&T. The product was announced in March and it has managed to move 10 million units in about a month, so it’s very impressive. 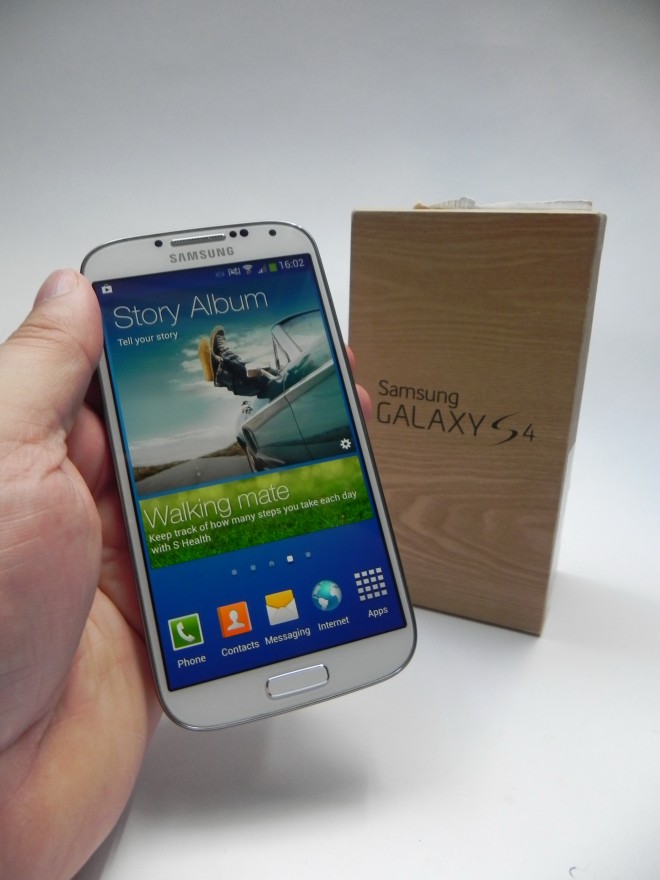 In the video below we deal more with the accessories and the initial setup, plus the box and then the features. The box adopts a wooden styling and the printing is done with soy ink, both of them features belonging to the same Nature theme that Samsung adopted for its products. The box contains the charger, headphones, USB cable, manuals and obviously the handset.

The initial setup is relatively short, much shorter than the Windows Phone first setups. Samsung Galaxy S4 is available to us in the I9505 version and it comes with Android 4.2.2 Jelly Bean. It supports 4G LTE connectivity and we’re testing the Snapdragon 600 quad core model with 1.9 GHz clock speed. The screen is a Super AMOLED 5 inch Full HD unit with Gorilla Glass 3 protection. 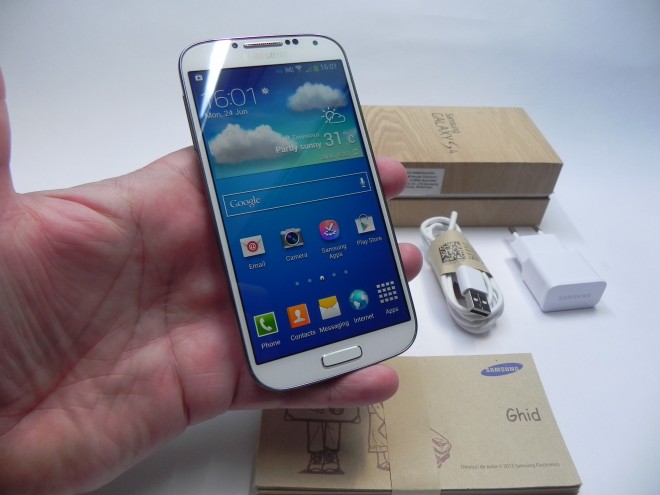 Features include 16/32/64 GB of storage, a microSD card slot, 2 GB of RAM and infrared, as well as NFC. There’s no FM radio on board and at the back we find a 13 megapixel camera, while upfront there’s a 2 megapixel shooter. The smartphone measures 7.9 mm in thickness and weighs 130 grams. It uses a microSIM card slot and a Li-Ion 2600 mAh battery, that on paper should be good enough for 17 hours of talk time.

The handset comes with bundled features and apps like S Health, that will help you monitor your blood pressure, glucose, weight, calorie intake and sleep pattern. Other cool features like Smart Stay, Smart Pause, Air View, Group Play and more will be detailed in the full review, coming in a few days.