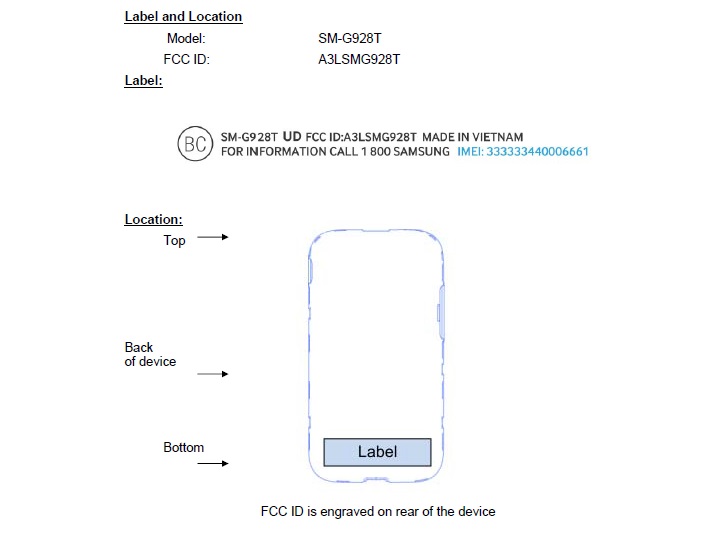 Samsung is known to be preparing two hardcore devices for unveiling next month, the Galaxy Note 5 and the Galaxy S6 Edge+, with the latter registering an official appearance today. The handset has been certified by the FCC, under the codename SM-G928T. 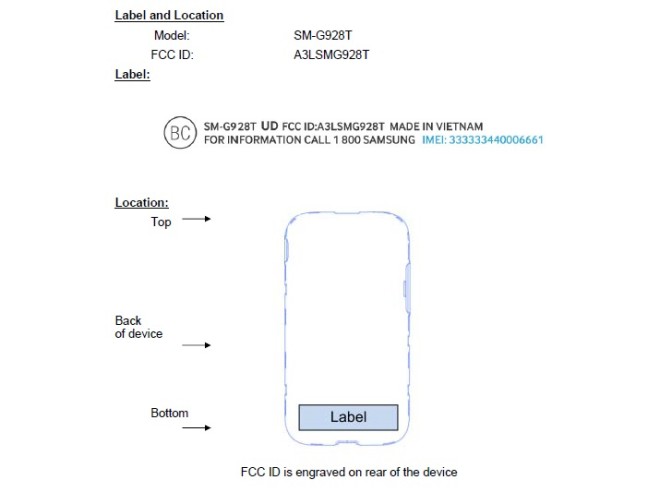 This model is head to T-Mobile USA apparently and the certification happened on July 16th. Last we heard, the handset was going to be launched on August 12th, together with the Note 5. This model passed certification for Bluetooth and WiFi connectivity and it will work on IEEE 802.11 a/b/g/n/ac networks. NFC is also confirmed and apparently this T-Mobile version relies on the Snapdragon 808 CPU.

A 5.7 inch Super AMOLED Quad HD screen is present here, plus 3 GB of RAM and most likely the same camera as on the Galaxy S6 Edge. Basically, this is a larger version of the S6 Edge, keeping the same curved edges, the same design, but also increasing diagonal size. I can’t say I’m very pleased with the CPU choice…