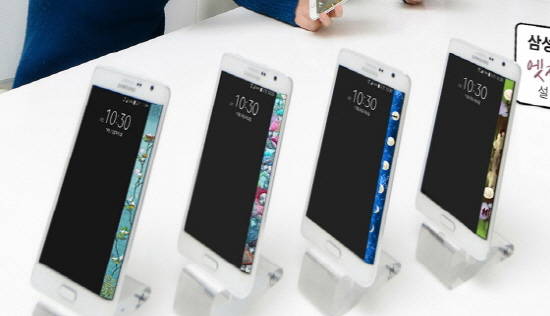 A very interesting story is coming out of South Korea today, as the Samsung Galaxy S6 is rumored to sport a metal and glass body. We knew that it was going to get a metal case, judging by the leaks of various pictures on the web, but the glass thing is new to us.

It would appear that Samsung adopted an unibody approach this time, one that wouldn’t let the user access or remove the battery. You’ll get glass at the front and glass and metal at the back. There will also be a curved screen Galaxy S6, according to the same source and the presumed Galaxy S6 Edge may have both edges curved and used as side screens. This was inspired by the Samsung Galaxy Note Edge apparently.

There will also be a special metal rim at the back and front, that may remind some people of the iPhone. It appears Samsung really went back to the drawing board for this model, if the speculations and rumors from Korea are true. We will learn more during the following weeks, as we approach MWC 2015 and Samsung’s brand new Unpacked event.