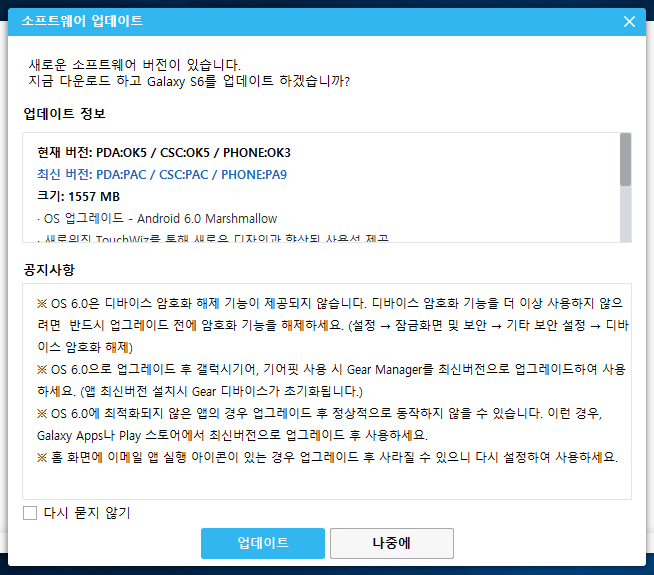 Well, the time for Galaxy S6 and Galaxy S6 Edge to receive their updates to Android 6.0.1 Marshmallow has finally come and the rollout has been confirmed in South Korea alone for now. It may well expand over the following days to other territories, including Europe and the Americas.

We previously saw listings of these updates, with January and February mentioned as key months for the arrival of Marshmallow. We also expect Galaxy S6 Edge+ and Galaxy Note 5 to get the same treatment in mere hours. I’m guessing that over the next week, you’ll get the update on your device. Keep in mind that aside from the usual Android 6.0.1 goodness, like Doze, Google Now on Tap, improved permission management and using microSD as internal memory, there are also some TouchWiz-related enhancements.

For example, you will be able to download themes based on their color palette, while the status bar and quick toggles are now fully white instead of blue. The Power menu gets a new design and some of the app icons have been refreshed. Of course, performance improvements may happen, as well as battery life improvements.