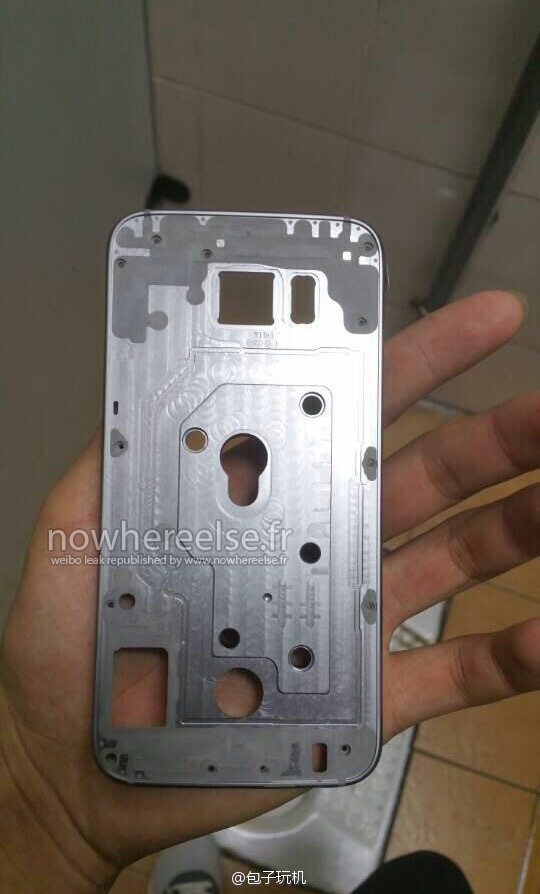 Samsung Galaxy S6 has leaked again, this time in a metal shell, with pictures published by famous French leakster nowhereelse.fr. We’ve already seen various renders of the device from case makers and we got cozy with its specs, so let’s analyze the shell. 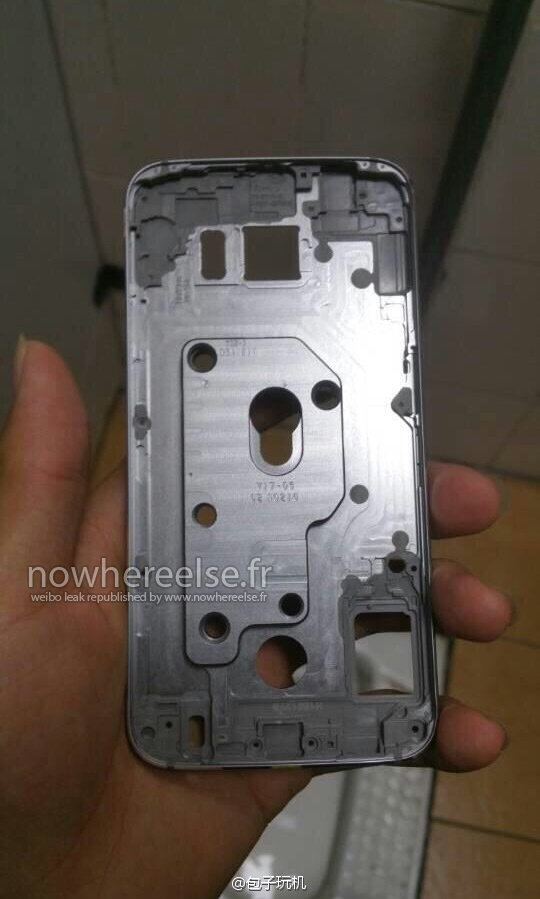 Obviously we take these shots with a rain of salt and I have to say that the frame looks quite wide. It’s clear there’s a bit of secrecy around it, since the photos were taken in the bathroom. The design reminds me a bit of the Xperia Z2 and the iPhone 6, with flat edges, but also slightly curved at the corners. The device looks slim, judging by the frame and the camera hole is square and placed at the center, just like in previous leaks. 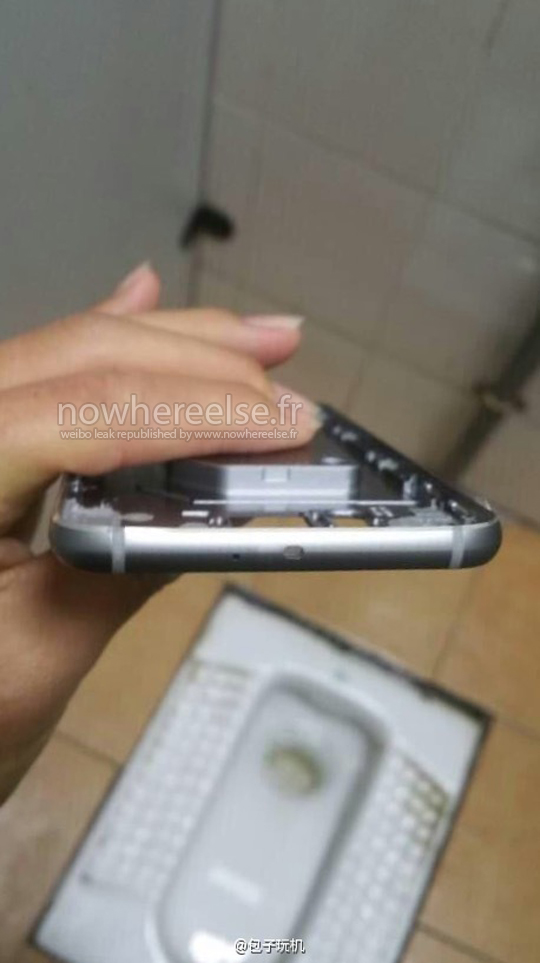 Interestingly enough, the top part features antenna cutouts and I also see a little hole that’s not the audio jack, since that’s at the bottom. I suppose it’s meant for an infrared emitter. Also, the speaker design is very similar to the one of the iPhone’s and the microUSB port actually reminds me of the Lightning one… What do you think of this design? Too similar to the iPhone 6’s?