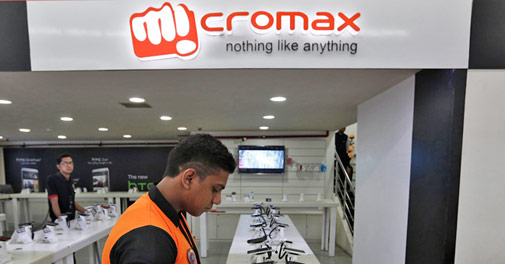 As we found out a while ago, Samsung lost its first place in the global chart of smartphone vendors to Apple, and now in India things seems to be pretty similar from what we get to know straight from the research company Canalys. According to their analysts, right now in India, Micromax has surpassed the South Korean company, numbers recorded in the fourth quarter of 2014.

We get to know that in the last quarter of 2014, Micromax managed to capture a 22% market share compared to Samsung, company that has only 20% of the Indian market. This is the first time when an Indian company takes the first place, and also the first time when Samsung gets placed on the 2nd position in the top of vendors.

Canalys said that this happened mostly because Micromax manages to offer relatively cheap-priced phones compared to Samsung, just like the other two main producers in India, Karbonn Mobiles and Lava. These companies have been placed on the third and fourth place in the top of the largest smartphone manufacturers from India.

As we already found out, Samsung is currently struggling on the smartphone market taking a big fall for its high-priced device and a flagship phone unwanted by customers due the similar design as the previous models. Rushabh Doshi, a Canalys analyst, said that Micromax has been quicker than its competitors to improve the appeal of device by including a wide variety of local languages on its Unite phones.