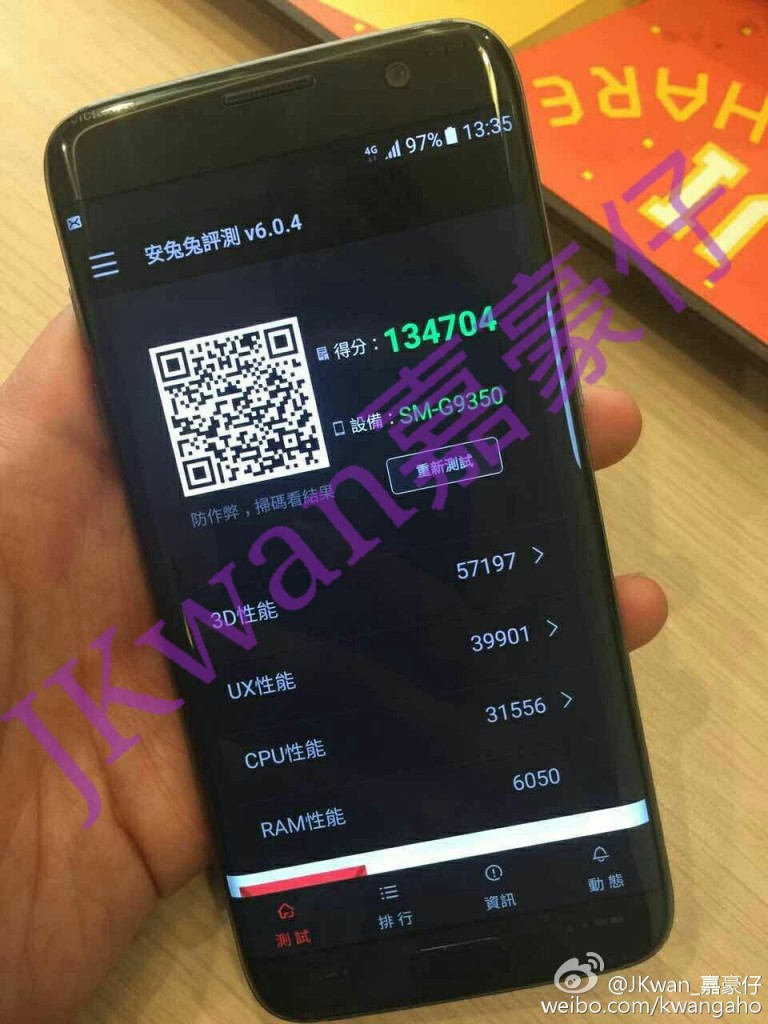 Just moments after the Samsung Galaxy S7 hands on picture leak, something similar happened with the Galaxy S7 Edge. The device revealed itself in a hands on shot, but unlike the S7, it showed its front side. 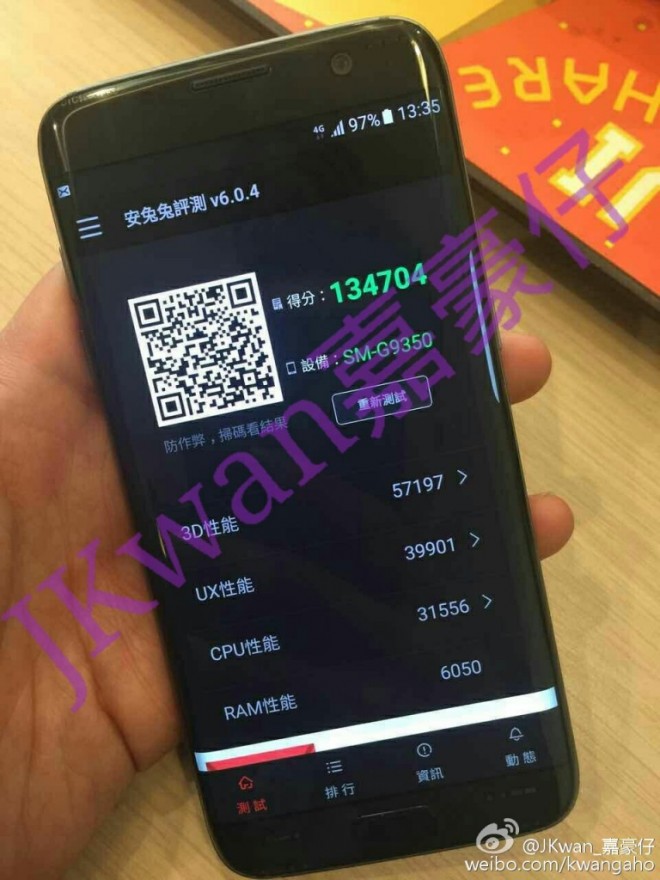 This seems like a legit device, since it shows an AnTuTu test result on the screen, which is confirmed by AnTuTu itself. It lists the device as SM-G9350, a codename we’ve heard associated to the Samsung Galaxy S7 Edge before. As you can see, the handset is shown in all black casing here, much like that Galaxy S7 leak, only this time we catch a glimpse of curve edges. 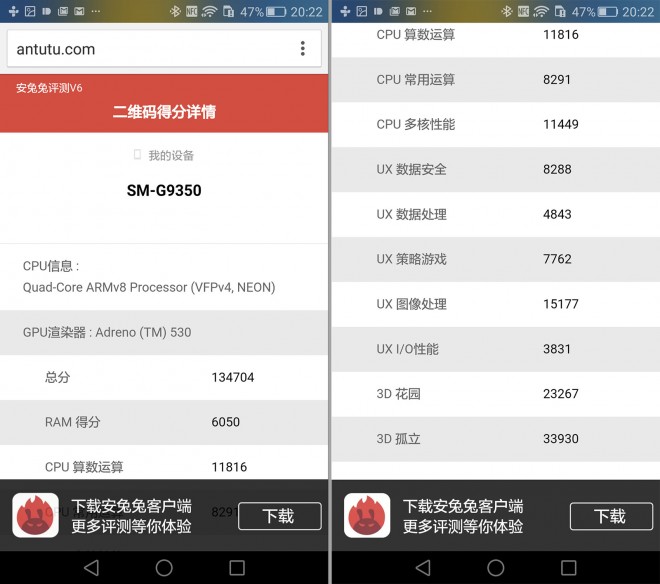 This is said to be a 5.5 inch Super AMOLED display device, with 3600 mAh battery and the same RAM and CPU choice as the Galaxy S7. The AnTuTu result is reasonably impressive, at 134.704 points, surpassing the Apple A9 for example by about 10k points.