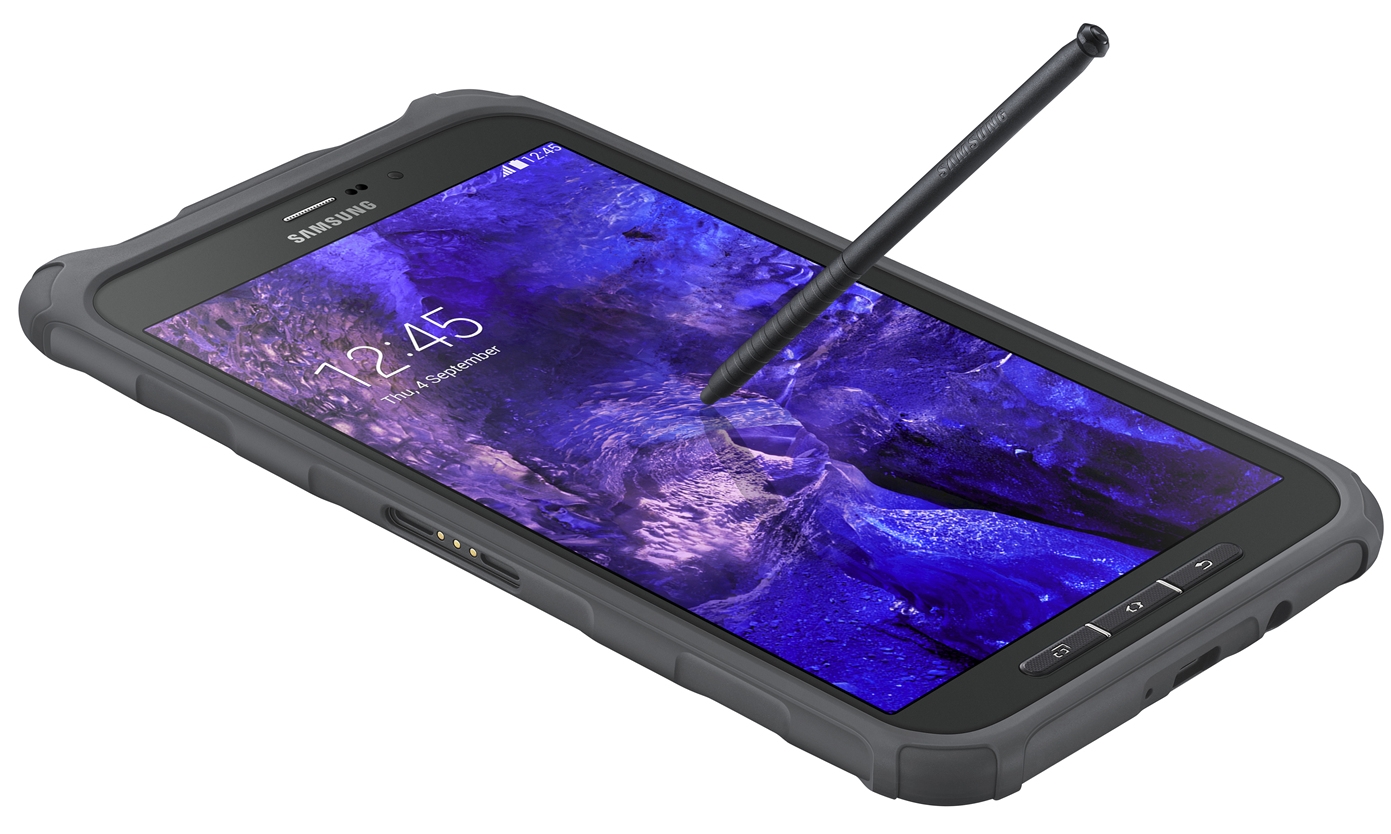 After it was announced back in September at IFA 2014 in Berlin, the Samsung Galaxy Tab Active LTE (SM-T365M) finally gets certified by FCC, thing that means its officially debut on the market won’t take long from now. As you may know, this slate is a shock-proof product that brings some pretty good specs in the package. 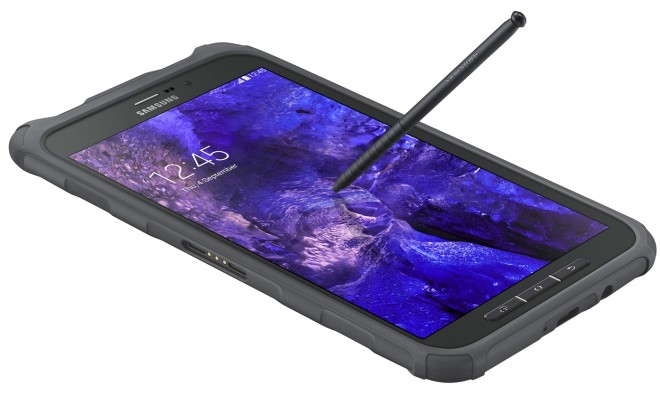 In terms of protection, the Tab Active LTE tablet arrives with IP67 certification for dust and water resistance up to 1 meter and 30 minutes, and shock protection up to 1.2 meters drop, feature available with the protective cover included with tablet.

Among its specs we have a 8-inch HD LCD screen, a quad-core Qualcomm Snapdragon 400 processor clocked at 1.2 GHz, an Adreno 305 GPU, 1.5 GB of RAM, 16 GB space of internal storage, a 3.15 megapixel rear camera with LED flash and stereo speakers. Also, there’s a stylus called C-Pen included among other accessories.