MWC 2013 is exactly a month away and some companies are rushing to announce their products ahead of the big show. One of them is Samsung, with its just announced Galaxy Xcover 2, pictured below. Over the past years there have been a few standout models from the crowd when it comes to waterproof handsets and they were the Galaxy Xcover 1 and Sony Xperia Active. 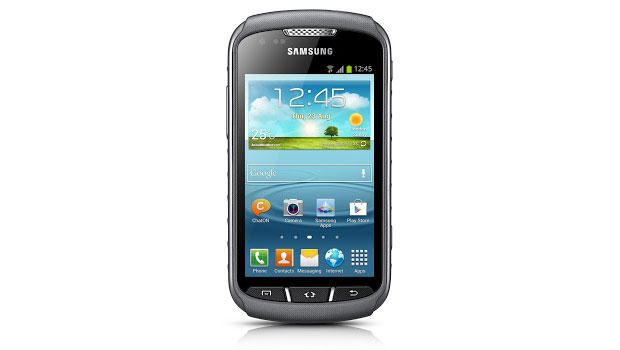 The Xcover 2 is now here with a new rugged case, GPS and Glonass and it seems intended for people who spend much of their time outdoors. It’s water resistant up to a depth of one meter and can stay that way for about 30 minutes. It packs a WVGA 4 inch display and runs Android 4.1. We’re expecting to see the same Motion UI features on it, just like on other Samsung devices, including the ability to turn over to mute incoming calls.

Inside the device we find a dual core 1 GHz ticker, at the back there’s a 5 megapixel camera and there’s also a camera button, a feature you won’t find on many Android phones. Samsung claims that the Xcover 2 comes bundled with the Cardio trainer Pro workout application and there’s also a strap holder for your jogging sessions.