Since the big four carriers in the US each have a version of their own of the powerful Samsung Galaxy S, U.S. Cellular also announced one, dubbed Samsung Mesmerize. The specs of the device remain the same and if you didn’t already know, this is the CDMA version of the Galaxy smartphone we’re talking about. 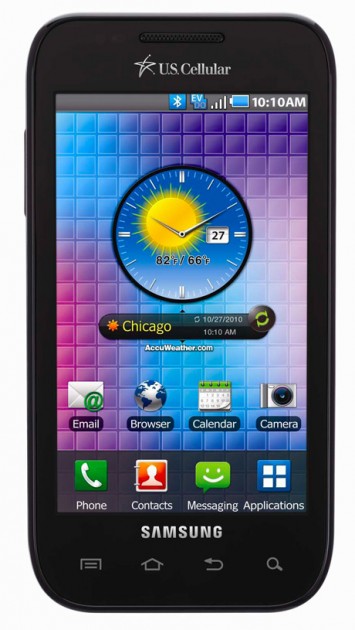 Here’s a recap of the specs, if you’re not familiar with them:

Samsung Mesmerize retails for $199, after a $80 mail in rebate and it’ll debut on October 27. Also known as Samsung SCH-i500, the phone will be followed by LG Apex in November and LG Optimus in December.