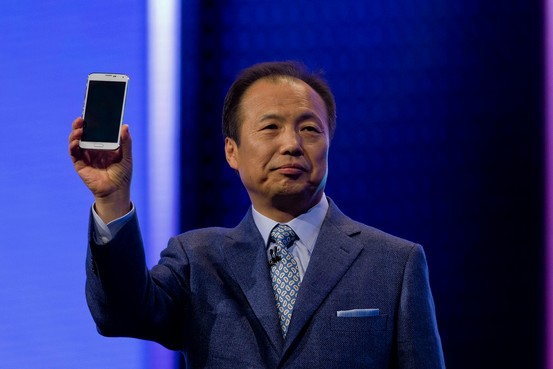 Samsung’s grim predictions regarding its sales and profit for the past quarter came true and now the company’s looking at a turnaround in the next three months. Their plans have been detailed by the Wall Street Journal and they’re exactly what we expected: even more new handset models.

Samsung Electronics plans to launch globally two new high end smartphones in the next 6 months, both viewed as game changers. One of them will have a larger screen, according to a company official and the other will be built using “new materials”. The first one is most likely the Samsung Galaxy Note 4, expected to debut in September at IFA 2014, with a stylus in tow, QHD display and maybe a 6 inch diagonal.

The other unit is probably the Galaxy S5 Prime or a version of the rumored Galaxy F, or maybe even that Galaxy Alpha that has started appearing lately. The new materials are probably metal combined with polycarbonate, unless we get a surprise inclusion of ceramic, carbon fiber of sapphire glass. All of those promises from Samsung come after the world’s biggest mobile phone maker had a drop in net profit of 19.6% over the last quarter, because of mismanagement of inventory and low priced Chinese phones.

Will these two new phones turn things around?