Engadget has a new section now, where it tests rumored issues of phones, with the model getting analyzed this week being Samsung Nexus S 4G. The device is apparently suffering from network performance issues when used on Sprint’s WiMAX network. 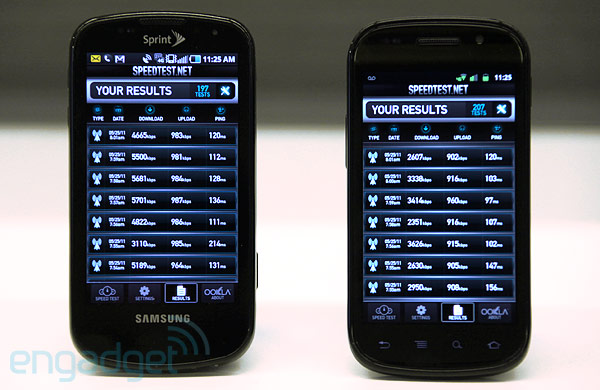 After being contacted by the famous site, both Sprint and Google promised to investigate the problem. The carrier said that Nexus S 4G is one of the best selling devices in the portofolio, so that’s certainly a reason to look into it. Nexus S 4G can reach speeds between 3 to 6 Mbps, which is decent for WiMAX, but some people want a more decent coverage and better speeds, especially if they have 2 year contracts.

Sprint’s coverage map doesn’t quite match the WiMAX availability and even 3G was hard to find in some areas of Miami Beach, according to Engadget. Is Verizon the way to go and its LTE network?