Samsung Norway has posted an unusual teaser for the Samsung Galaxy S6, by showing us all the leaks that appeared on the web related to this phone, in ironic fashion. Each of the 6 leaks shown on the site has a sci fi futuristic concept associated. 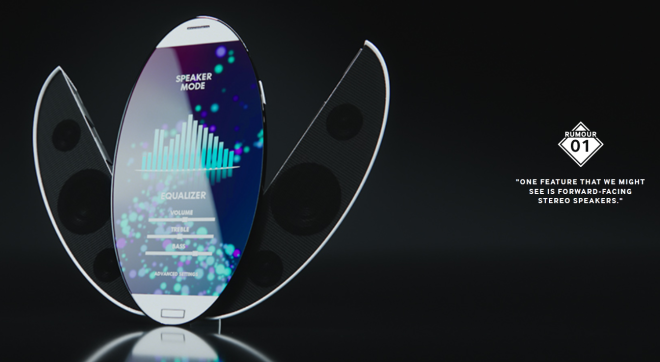 The seventh part of the leaks is actually the countdown to the Galaxy S6 Unpacked event on March 1st. First, they show us this ugly oval handset, with detaching huge speakers, saying that rumors are claiming front stereo speakers will be included on the Galaxy S6. Then they mention that the phone is expected to be durable and showcase a thick and curved device on a pillow/airbag. 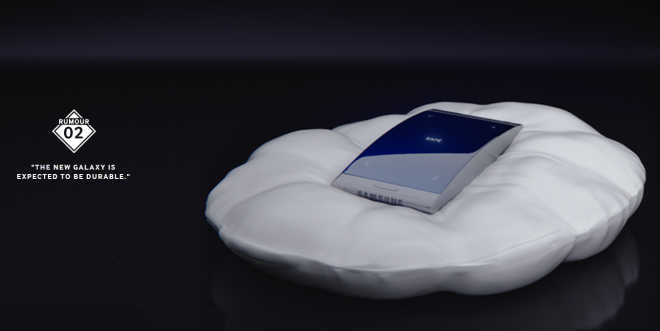 Then they refer to the curved display on the sides, saying that the Galaxy display is “supposed to reach onto 3 sides”. The result here is a 3 segment smartphone with a prism design and 3 screens. Finally we get a phone with a screen that extends and an all glass phone that’s very bulky and feels like a Nintendo Wiimote. There’s also a flexible and rollable phone concept, that may actually happen at some point.

With Samsung mocking these rumors, should we believe these are not features to see on the Galaxy S6? 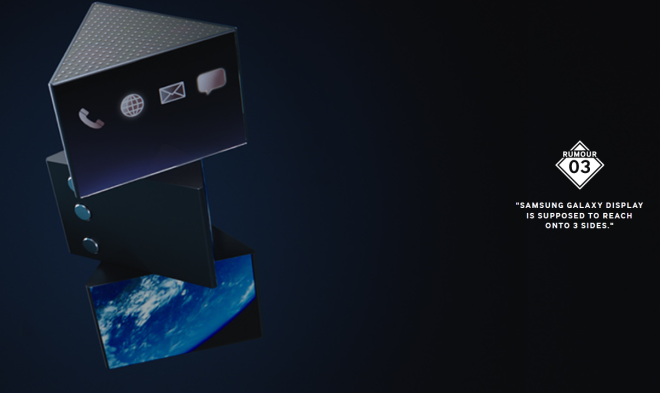