We’ve known about the existence of Samsung Galaxy S Pro and Samsung Captivate for a while now, but the devices weren’t officially launched till now. This could happen on June 29, when Samsung announced it’ll unveil “a new class of brilliant Android smartphones”. They’re most likely talking about new Galaxy S models. 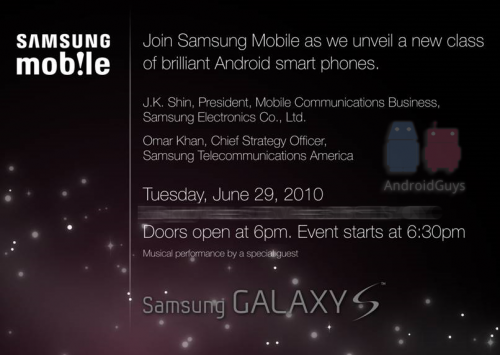 Although we know all there is to know about Galaxy S Pro and Captivate, we’ve yet to learn their prices and carriers.