We’ve previously found out that Samsung is readying a special event, called Unboxing and it’ll take place on June 15, so maybe we’ll see Samsung Omnia 2 getting launched on that day. This theory showed up once people started noticing that the Omnia 2 leaked photo matches the frame of the phone pictured below. 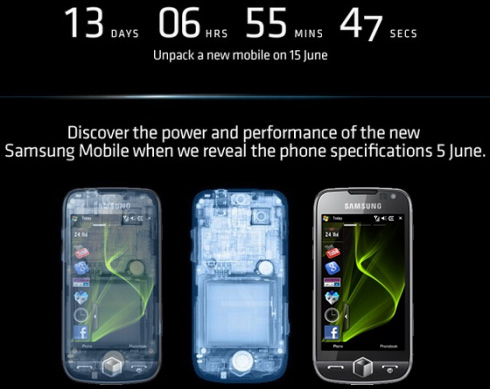 The resemblance is spotted as far as the volume rocker is concerned, since it has the same placement, plus there’s a front cam on both the Omnia 2 and the mystery handset and an optical control pad and audio jack, as well.

If the images are accurate, there’s also a 3.5mm headphone jack on the upper left side of the image and a miniUSB port on the lower side. We remind you that Samsung Omnia 2 comes with an AMOLED WVGA 3.7 inch display, an 8.1 megapixel camera with dual LED flash and 30 fps VGA video recording.