After a brief look at the very first leaked shot of the debut Bada OS phone, Samsung Wave, we’re treated to much more: detailed images and the full specs list of the device, now known as the Samsung S8500 handset. 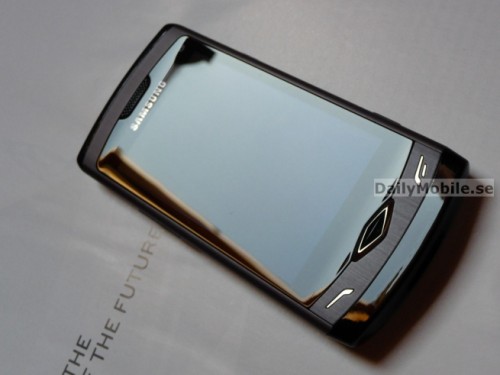 Samsung Wave comes with a 3.3 inch AMOLED display, a 5 megapixel autofocus camera with flash and support for 720p video capture, 2GB of internal memory, a microSD card slot and HSDPA connectivity. WiFi b/g/n is also supported and there’s a 1 GHz CPU on board of the phone that runs Bada OS.

TouchWiz 3.0 is also among the specifications, as well as a 3.5mm audio jack, a 1500 mAh battery, all hidden in an aluminum body. The phone also packs a tempered glass display, a Divx player and the full package is a mere 10.8mm thick. Looking forward to the Mobile World Congress 2010 unveiling! 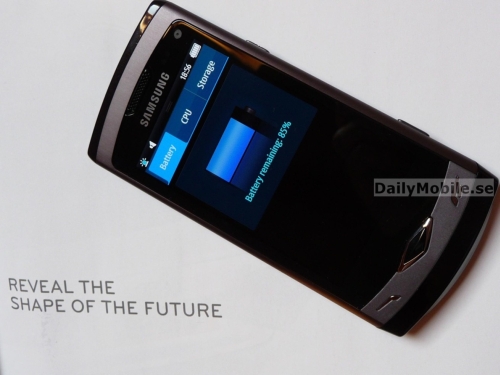 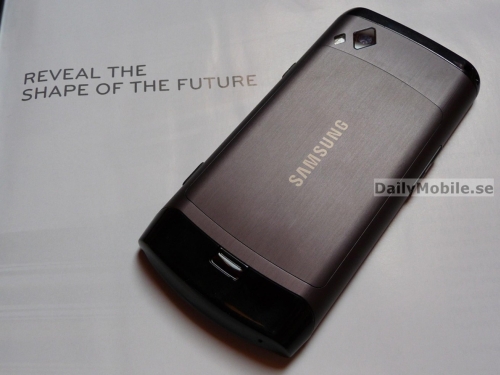