Samsung recently discussed with CNET, detailing the sales of the Galaxy S III and the upcoming Galaxy Note II, that should be available in USA any minute now. Interestingly enough, the Samsung Galaxy S III had 4 of its 5 best selling weeks in USA after the iPhone 5 was launched, according to the Samsung officials. 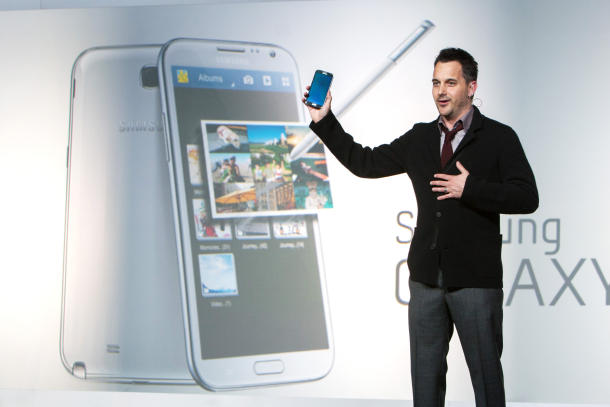 The idea here is that consumers waited to see what the iPhone 5 was about, weren’t impressed and went with the Galaxy S III. Samsung expects to continue the good trend in USA with the Galaxy Note II, especially since they already started promotions  and events dedicated to their latest products. One such event was the party on Wednesday, that featured a performance by Kanye West, among others. Samsung pulled a big party to let everyone know about the Galaxy Note II, the 5.5 inch quad core phablet unveiled at IFA 2012 at the end of August and only now available in the States.

And Samsung’s strategy is paying off, with a record quarterly profit of $7.4 billion, mostly due to the Galaxy line of smartphones. Apple may be ahead in the handset area, but not by very much, posting an $8.2 billion profit. The South Korean company claims it has sold over 10 million units of the Galaxy Note in the first 9 months after its launch internationally. The thing is that in USA the device debuted earlier this year, so it had a delay of a few months compared to Europe. It was sold by AT&T first and later by T-Mobile.

However, this time the phablet will be sold by all 4 US carriers and a few regional ones, so impressive numbers are expected. The product goes for about $299.99 on a 2 year contract, so it’s actually not that cheap. However, people who like phablets will spend the money to get it.