A brand new Samsung device going by the codename “Garda” has leaked on the web and it seems headed to T-Mobile. Also codenamed SGH-T399, the newcomer had its test scores leaked in GFXBench a while ago. 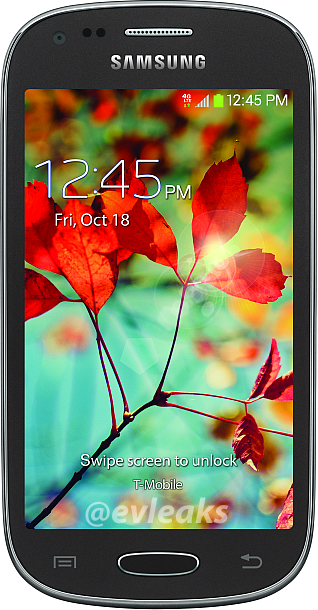 This is a supposed to be an entry level handset, with a design that has been leaked by @evleaks in the render above. GFXBench has meanwhile revealed the specs, that include a 1.4 GHz processor, Mali 400 GPU and a 480 x 800 pixel resolution. Apparently, there’s an Exynos CPU inside of sorts and a pretty low T-Mobile price is expected for this newcomer.

Samsung SGH-T399 Garda will run Android 4.2.2 when it launches and if we have a glance at the screen, we spot the date October 18th. That’s probably the date when this model is released, so next Friday it should be in stores.