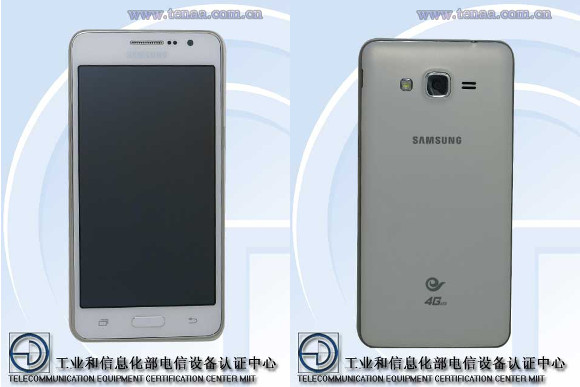 Samsung is supposedly ready to unveil a new Galaxy Grand series smartphone and as usual, the leak beats the announcement by a few hours or days. Below you can see the handset leaked via TENAA, with specs also included.

This model is dubbed SM-G3509 for now and according to the TENAA listings, this smartphone uses a 5 inch 540 x 960 pixel display, with touch input, an 8 megapixel rear camera with LED flash and a front 2 megapixel shooter. There’s a 1.2 GHz quad core Snapdragon 400 processor, 1 GB of RAM, 8 GB of storage, Bluetooth, WiFi, GPS and NFC.

The phone measures 8.6 mm in thickness, weighs 150 grams and runs Android 4.4.4 KitKat. Other versions of the phone will come with LTE and you want to know an interesting fact? This device’s codename was used before, to define a Galaxy Trend unit with a dual core CPU. Strange, right?