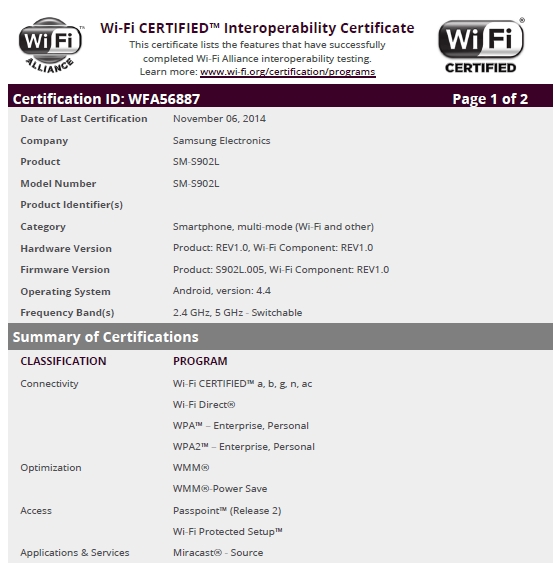 Recently, a new Samsung device received certification for Wi-Fi connectivity, more precisely on November 6. This new phone is known under the SM-S902L model number, and is expected to be released on the Korean market through the LG U+ mobile operator.

While the full specs of this device remain unknown for the moment, we get to know the fact that we’ll get a 5.1-inch display, a panel similar in size to the one the the current Galaxy S5 flagship is offering in the package. Also, according to the documents from Wi-Fi Alliance we see that this phone comes with just a single SIM slot. 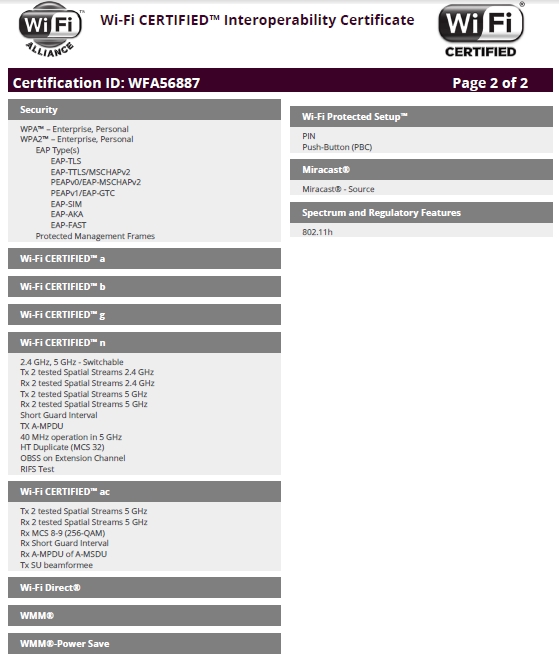 Another thing unveiled by Wi-Fi certification documents is the fact that Samsung SM-S902L comes with the Android 4.4.x KitKat operating system. It remains to see when this new device will be launched and how it looks like.