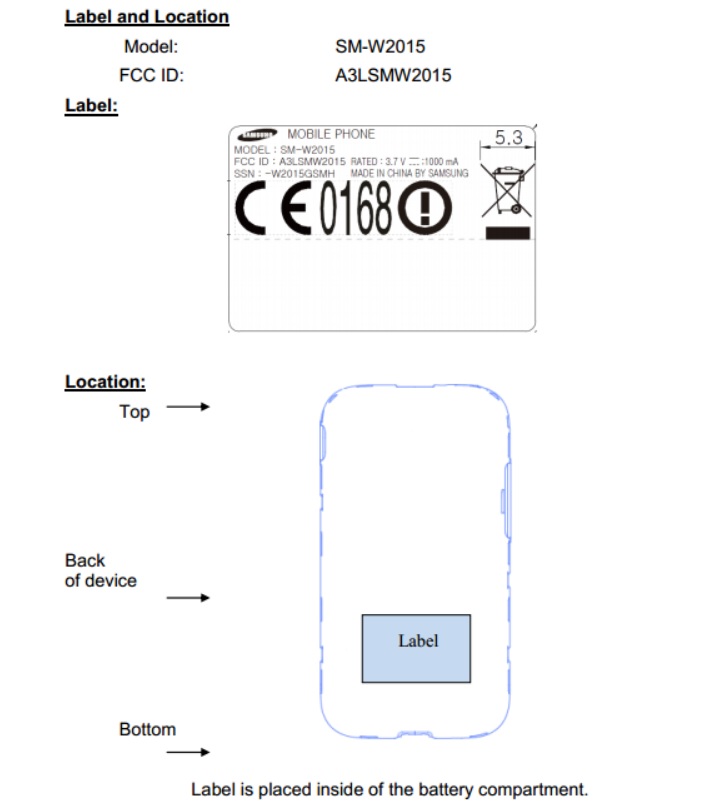 Yesterday, on October 1st, the FCC Center published the certification documents for another Samsung device, a phone a little bit left in the past, this one being called Samsung SM-W2015. We get to know that this smartphone is a foldable one, a trend that is long past, but in South Korea and China there’s some people left who are still enjoing using such a device. 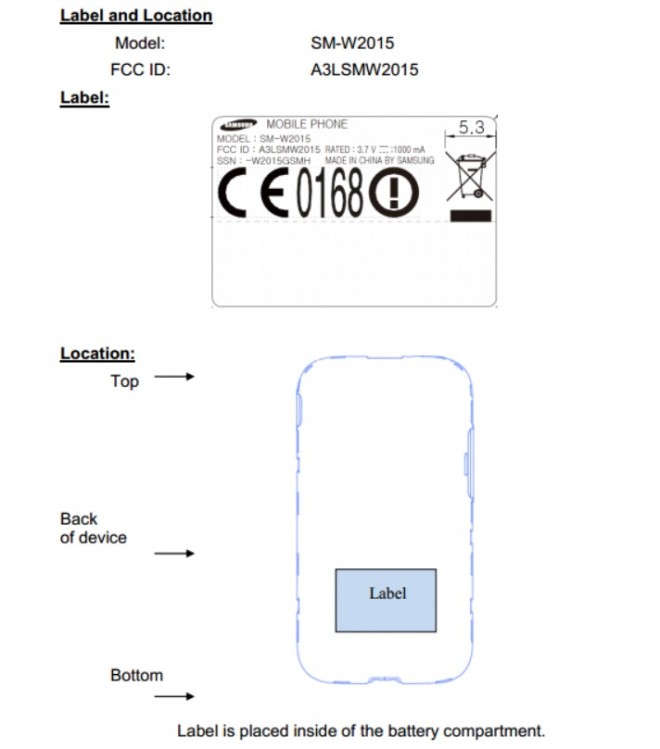 Samsung SM-W2015 received certification for Wirelss LAN, Bluetooth 4.0, 4G LTE and NFC. As its predecessor, this one is expected to bring a dual display in the folding. Also we think that both these screens will have the same size as the SM-W2014, device that packed two 3.7-inch WVGA Super Amoled displays.

However, we could get some improvements like a Full HD resolution, Android 4.4 KitKat, a 16-megapixel camera and a more powerful processor from Qualcomm. This new foldable phone is expected to be launched in China through the China Telecom mobile operator sometime soon.