Samsung is done with the high end stuff for a while, at least for a month, till Galaxy Note II comes and now seems to focus on midrange phones. One of them is the Samsung SPH-300, that has just been leaked online, pictured next to the HTC One X. This new Sammy model will run Android 4.0 ICS, according to rumors. 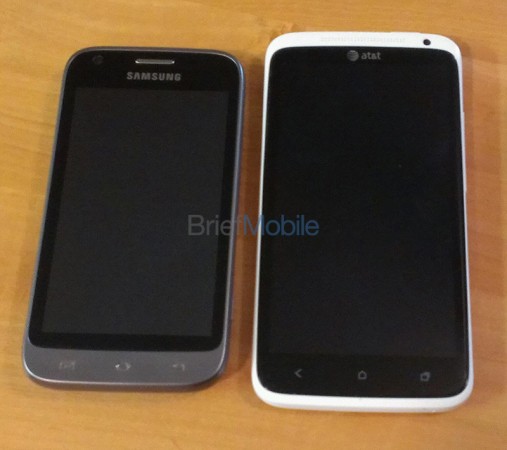 The folks of BriefMobile are claiming that the Samsung SPH-L300 will be known as Samsung Goph, a very poor name if you ask me. This is a non 4G LTE model, that will come to Sprint and pack some decent specifications. The device appears to have an aluminum design, apparently a brushed aluminum-style body, that may actually be plastic made to look like it. Other specs include a 4 inch AMOLED screen, Android 4.0 ICS and a 1.2 GHz dual core Qualcomm Snapdragon S4 processor.

There’s also a 5 megapixel camera on board, as well as NFC and probably 1GB of RAM and 16GB of storage. Expect further details to appear in the following days. Also, I wonder if Sprint will price this device right.