Samsung just unveiled a brand new Wave model, the Wave 575 handset (GT-S5750), that’s pictured in the image below. We already know about the Wave 525 and Wave 533 models, also detailed today and we have to mention that the newcomer is the sixth Bada OS handset from Samsung. This is a mid-range phone we’re talking about. 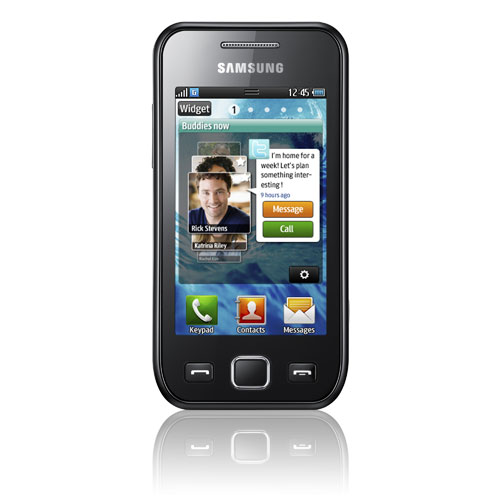 Samsung Wave 525 and Wave 575 have similar specs, except for the fact that Wave 575 supports 3G HSDPA, while the other model goes with EDGE. This phone is pretty thin, at 11.9mm and we learn that it comes with a 3.2 inch WQVGA TFT LCD display, WiFi 802.11n, Bluetooth and Samsung Apps support. Also on board there’s 100MB of internal memory and a microSD slot for more storage.

The device is expected to debut in Sweden in mid-November, followed by the international market. Samsung Wave 575 will be available in black, white and pink. 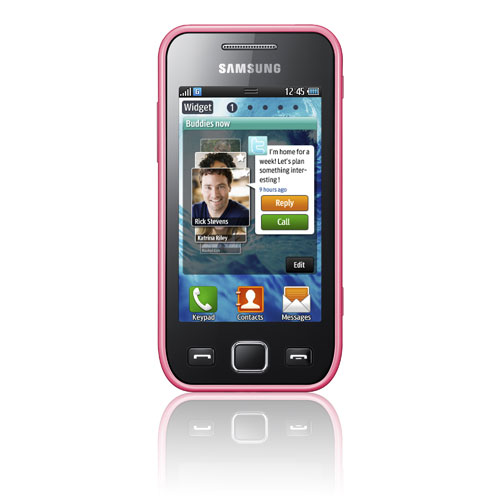 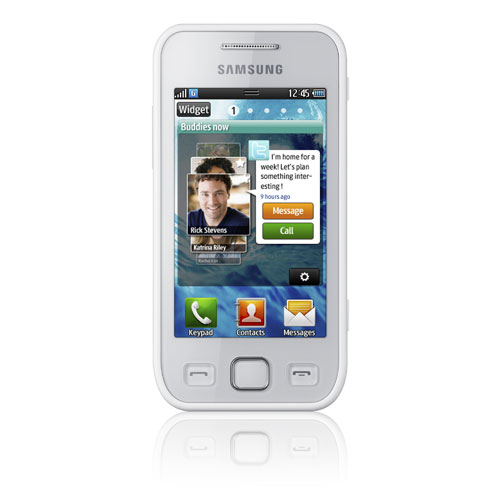