Earlier this week we’ve found out that Samsung is readying a fresh OS called Bada, an in-house platform that’ll save the company licensing money. Now, we’ve come across a supposed Bada OS phone, pictured below, more likely a Photoshop work, rather than a leak. 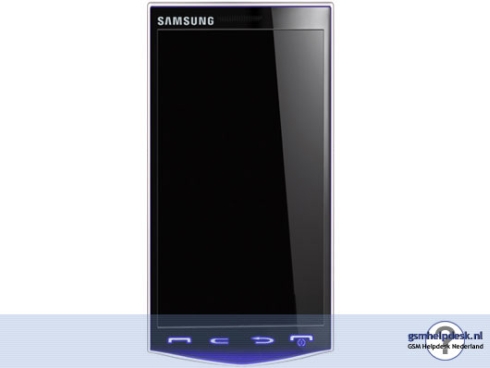 Bada is an open source platform that’s supposed to help Samsung compete with handsets like the iPhone and its Android rivals. All we know now is that the OS will be arriving in Q1 2010, sporting an intuitive touchscreen UI and in time it’ll replace Symbian S60 on Samsung’s phones.