Who better than Nick Fury and the queen of hipsters, Zooey Deschanel to advertise the iPhone 4S? I mean, geeks will love Sam Jackson, because now he’s a Marvel character and he also played in Pulp Fiction, while Zooey is quirky and… nerdy, so they’re perfect for these ads. 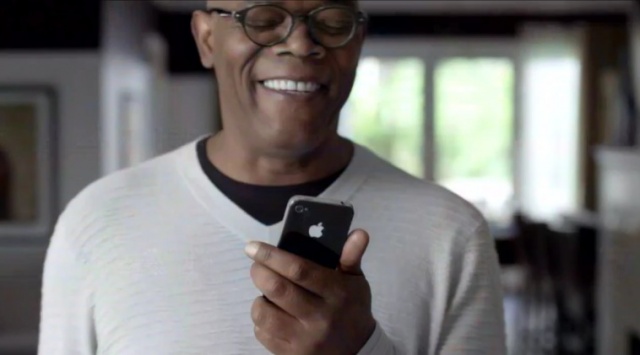 Apple may want to start an entire series of ads for the iPhone 4S and Siri and it appears that the clips you see hare are show in rotation for all 3 major US carriers, Sprint, Verizon and AT&T. Seeing that the new iPhone has been on sale since last Fall, there’s really no point in advertising some more now, since all the globe knows about Siri and the iPhone 4S. Well, maybe they want to get rid of those extra units, before starting to make a bulk order for the iPhone 5?!

Anyway, there’s more to Siri than finding recipes, ordering soup or finding out the weather, I’ll give you that much… Anyway, after seeing to many parodies to Apple’s ads and products, it’s refreshing to see them making their own commercials, ready to be parodied once again.