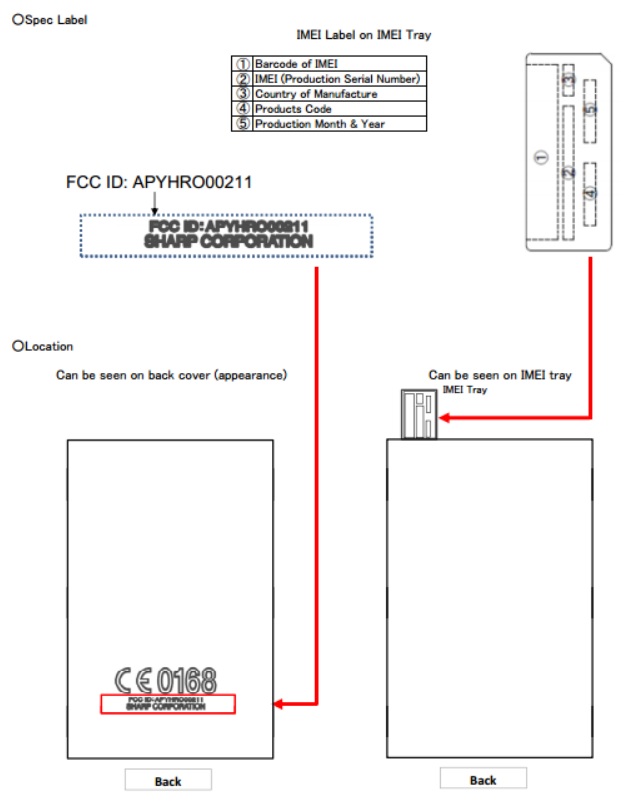 Sharp may have released a few beautiful Crystal phones many weeks ago and some Disney models a week or two ago, but they have more devices coming. One of them is the Sharp 401SH, that’s preparing for a SoftBank release and in the meantime it passed the FCC testing.

The device’s FCC ID is APYHRO0021 and it’s certified to only work on 1900 MHz GSM networks. It also comes with WiFi (2.4 GHz only, not 5 GHz), Bluetooth and a 2400 mAh battery. This model may be related to the Sharp Aquos Crystal models somehow, so it may borrow the same bezel free design. It’s also possible it’s the very same model with the W-078, that was also certified recently.

TD-LTE is on its specs list and release is expected in the winter 2014 or spring 2015 time frame. No idea what the specs will be, but if it’s related to the Aquos Crystal, it may get at least a 5 inch Full HD screen, 1 or 2 GB of RAM and at least an 8 megapixel back camera with LED flash.