Right now there are only a few 3D glasses free smartphones out there, including the HTC EVO 3D and the LG Optimus 3D. This duo could become a trio, once the Sharp Aquos SH-01D arrives, taking over Japan first and even reaching the USA at some point. The handset was just spotted in an FCC filing. 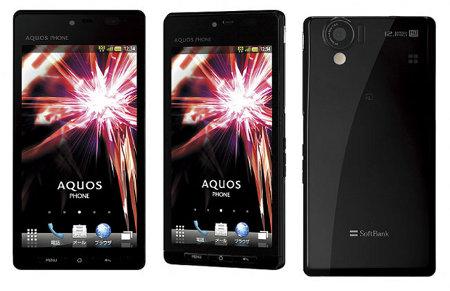 This is an Android smartphone with a 3D display, a 4.5 inch diagonal, a 1GHz dual core processor, 1GB of RAM and a 12 megapixel camera at the back. There’s also a videocall camera upfront, a microSD card slot on board and Android 2.3 Gingerbread is the OS of choice. A built-in TV tuner also makes the cut, but only in Japan, since the USA doesn’t quite love such features.

Sharp Aquos SH-01D will be available on NTT DoCoMo starting December 2nd, while the US debut is still a mystery. Verizon recently trademarked the name “Hologram” for one of its upcoming phone, that might be just that Sharp Aquos unit I’m talking about. Excited for yet another 3D phone? Let’s hope that this one doesn’t generate an eye sore experience, like the LG Optimus 3D.