The Sharp AQUOS SH-10D was supposed to hit NTT DoCoMo this summer, so I can’t say I’m surprised to see it up for preorder today in Japan. It’s available via the previously mentioned carrier and it will be launched in stores and on retailers from August 30th. The device comes in 3 colors and it’s interesting to know that it recently passed through the FCC, so it could come to the USA. 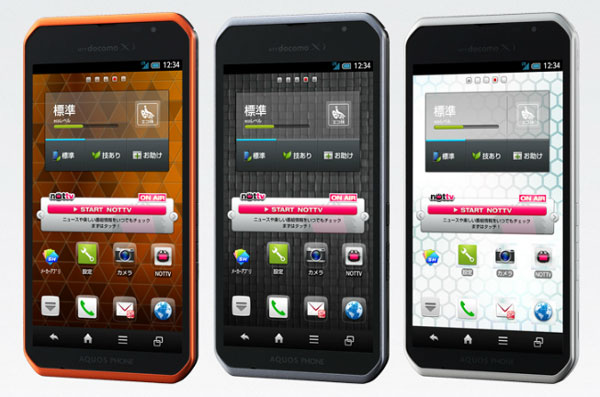 We’re dealing here with a 4.5 inch display device, with a 1.5 GHz dual core processor, a 12.1 megapixel camera at the back and a 0.32 megapixel front shooter. This is a GSM and HSPA+/WCDMA radio device, with 1 GB of RAM, 8 B of storage and a microSD card slot. The pricing is expected to be above $200, maybe in the range of $300. However, on carrier contract it could be a much smaller amount of money.

This model was part of a lineup of phones announced by NTT DoCoMo in May and I expect several other smartphones to pop up these days on the same carrier. In other news, I have to say that the orange wallpaper is pretty cool, but the handset’s overall shape and back case design is a bit too rigid and not so sexy.