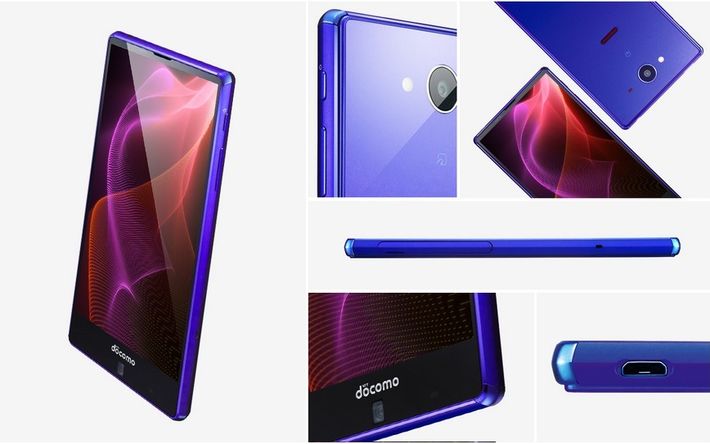 Sharp announced today a series of new Aquos series handsets, the Sharp Aquos Compact, Aquos Zeta and Disney models. All of them have pretty good specs and as usual they have minimal bezels and funky designs. All of the products are available on Japanese carrier DoCoMo.

The first in line is the Sharp Aquos Compact SH-02H, that packs a 4.7 inch screen with Full HD resolution and measures 9 mm in thickness. This screen panel is an IGZO LCD one and specs here include a water resilient IP68 case, a 13.1 megapixel main camera with F/1.9 aperture and a 5 megapixel selfie shooter. Inside there’s a Snapdragon 808 chipset, accompanied by 3 GB of RAM and 16 GB of storage, as well as a 2810 mAh battery.

Then comes Sharp Aquos Zeta SH-01H, with a 5.3 inch screen and an 8 mm thick body. Once again the screen is an IGZO Full HD unit and specs include a 13 MP back camera, Snapdragon 808 chipset, 3 GB of RAM and 32 GB of storage, as well as a 3100 mAh battery. This handset also brings an extra fingerprint sensor, placed at the back. Both models mentioned above have support for the mobile payment system FeliCa. 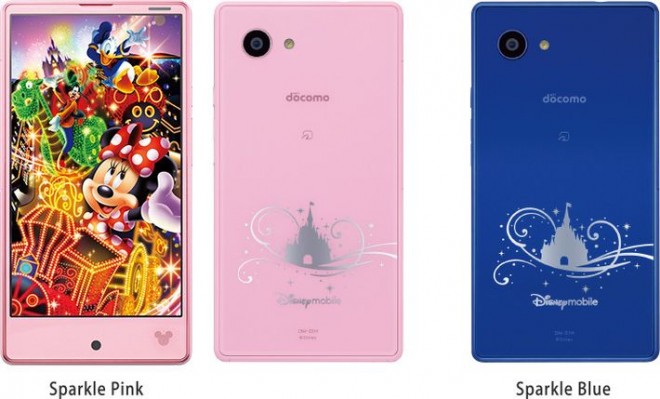 The Sharp Disney Mobile model is a modified Aquos Compact for Disney fans. It comes with free Disney content and it’s going to debut in January, in pink and blue. Zeta comes in November and Compact in December.