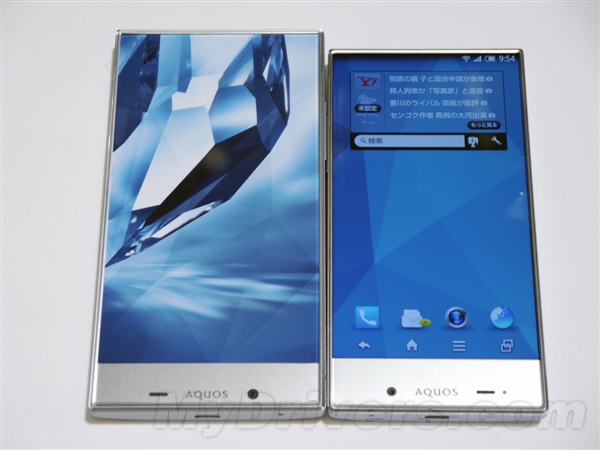 We have written right here about Sharp‘s new Aquos phones, the Aquos Crystal and Aquos Crystal X, but words aren’t enough to describe just how beautiful they are. That’s why after showing you renders and official shots of the device, it’s time to check out some hands on shots below.

These are handsets that are expected to come to Sprint at some point, with VoLTE support. While the phones aren’t exactly thin, what everyone fails to mention is that they’ve got incredibly narrow bezels. The bigger unit looks like Apple’s wet dream and even the top bezel has been cut as much as possible. If my eyes don’t mistake me, the front camera has been moved to the bottom and the earpiece has somehow been masked at the top. 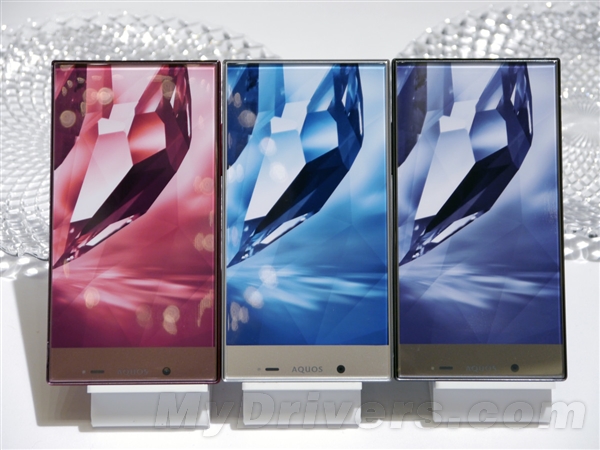 The Android buttons are obviously virtual ones and the displays look incredibly crisp. The Crystal has a 5 inch LCD display, while Aquos Crystal X adopts a 5.5 inch display with Full HD resolution and flagship style specs. This model will come in December in Japan, while the Crystal will arrive very soon. I find it hard to believe that any major company is able to beat this screen to body ratio.