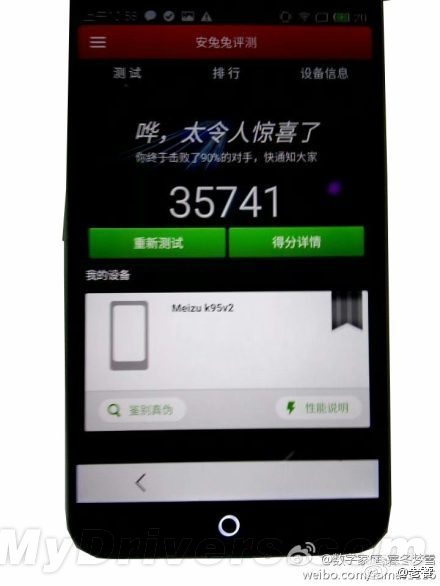 We wrote a lot and I do mean A LOT about Meizu MX4 lately, simply because the smartphone has been leaking like a broken faucet. And why shouldn’t it? It’s one thing to keep a semi flagship tucked away from the public’s eye and another to keep 4 versions of the phone hidden.

The Meizu MX4 Pro version has leaked a lot, with its Quad HD screen and 20 megapixel camera, while the Pro, Standard and fourth mystery version have remained in the shadows. Today we get a glimpse of the Standard one, as shown in the AnTuTu benchmark below. We’re dealing with a Full HD phone, one that features a supposed 5+ inch display, a MediaTek MT6595 processor instead of the Exynos Octa of the Pro model and Android 4.4.2 with Flyme 4.0 on top.

The camera seems to be the same 20.7 MP unit as the one from the Pro and the device has narrow borders, just like we already knew for the higher end model. The score isn’t half bad either, in AnTuTu and we’ve heard this Standard model may cost as little as $325. Once again, I am very curious about the fourth model, which may end up just being a metallic one, or maybe a dual SIM one, or perhaps a special higher end CPU unit. 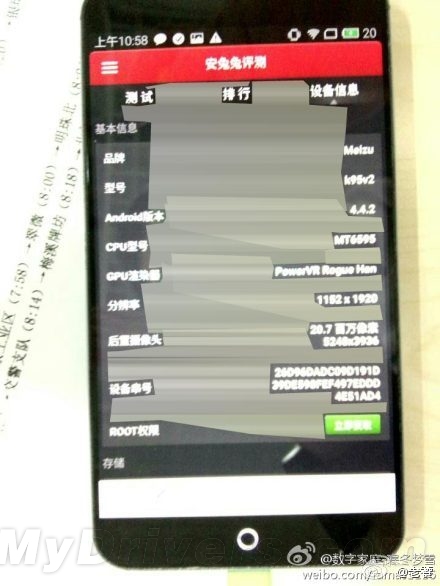