Home Android Meizu MX4 Once Again Rumored, This Time With QHD Display and 20.7... 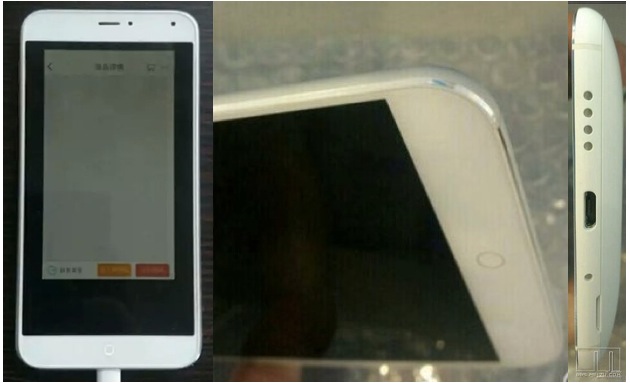 Meizu MX4 is yet again in the rumors, this time regarding its display and camera. We’ve already seen this phone leak a million times and every time we learn something new about it. Last I heard, it was coming in 3 versions, including a Pro one, a Mini one and a regular one. Today we get details about its camera and display.

The product is expected to be unveiled in early September, packing a 20.7 megapixel camera, a QHD display and an ultra narrow screen bezel, as also shown by the leaked shot above. Its profile picture makes me think of the LG G3 and a HTC, while the lower area and that rounded Home button reminds me of the Xiaomi devices. Speculations say that the camera sensor on this flagship could be borrowed straight from the Xperia Z2, thus being the IMX 147 sensor.

The diagonal here is expected to be 5.4 inches and the resolution Quad HD, which I can’t say surprises me. We even have speculations about the price, that should be around $400, if the conversion from our source is correct. We saw the device appear in a hands on shot or two this week and there was talk about an Exynos 5433 processor inside, as well as 3 GB of RAM, but also the possibility of a MediaTek CPU.

Which one will it be?