Ed Burnette informs us about a pretty nasty Google Android bug that starts a command shell as root once the phone boots up and sends all of your keystrokes to that shell. That may not sound like much to the average handset user, but here’s what this does: every word you type can be turned into a command and executed as such. 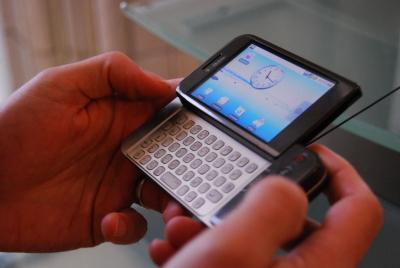 For example if you reboot your Android device and someone asks you what happened via IM and you say “Reboot”, the handset will reboot again. Annoying? It sure is. The issue only appears on the real Android phone, not the emulator and only on handsets with firmware version 1.0 TC4-RC29 and earlier. Newer firmwares have already fixed this issue, by correcting a couple of lines in the init.rc file.

There’s also a workaround discovered by Ed Burnette, in case you don’t want the fix: open the keyboard and type the following 5 keystrokes: return, c, a, t, return. After doing this, the shell won’t execute your false commands any more, till the next reboot.