Tired of roaming charges, specially in Europe? Use the SIM PIG, made available by GeoSIM and avoid such charges either when making or receiving calls while traveling abroad. 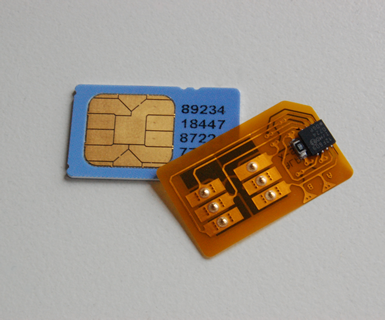 The SIM PIG is just like the name says a SIM card, but with a twist… It’s in a fact a chip that unlocks most smartphones, like the iPhone, Windows Mobile handsets, HTC, Nokia, Sony Ericsson or BlackBerry handsets. This enables the use of any SIM card from the network of your choice, on any phone you want.

Some people use software unlocking, but this little piece of gadgetry might make them waste less time with software tinkering, but it guess it does come at a price.