The Sony D6503 Sirius, considered by some the next Xperia Z flagship has been leaked again, this time in hands on pictures, not just screenshots like yesterday. The device is being compared with the Xperia Z1 in these images and it’s said to feature a 5.2 inch Full HD screen. 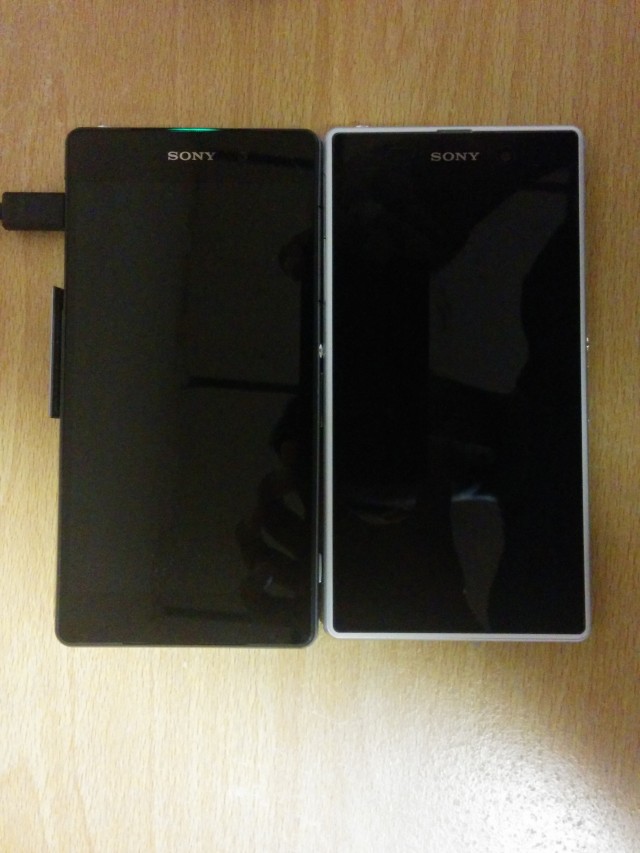 As you can see, the newcomer is not exactly thicker than the Xperia Z1, maybe only by a hair or so. It’s also about the same width, but it’s certainly longer. We spot the trademark metallic Power button and what seems to be a waterproof design. The overall format is the same with the 2013 mainstream Xperias, so nothing has changed here.

I find it hard to believe that Sony would stick with the same Full HD resolution and Snapdragon 800 CPU of the past half year flagships. I was expecting Snapdragon 805 and 2K displays to put the Japanese company on par with its rivals. What are your expectations for this Xperia Z2?