Over the past days the leaks regarding a potential Sony Xperia Z2 have been multiplying, including a bunch of pictures showing the rear case of the device and now some hands on shots have appeared. You can check them out below: 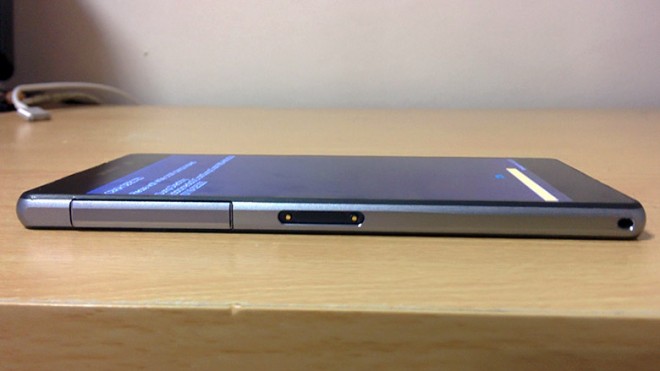 This model is codenamed D6503 and it looks a lot like the Sony Xperia Z1. The Xperia Z2 is rumored to get a MWC 2014 unveiling, which lines up with this leak right here. The handset has also been said to be codenamed Sirius, a model that has leaked over the past week or so, with some details like connectivity options.

What we can see here is that the screen bezels are smaller than the ones of the Xperia Z1 or Xperia Z, which means we get a larger screen, while the chassis measurements stay the same. The leakster of the device also says that we’re dealing with a 5.2 inch smartphone and if we check out the flaps, those may be meant to protect the device slots when submerged in water.

We should get UI shots soon as well.