Sony’s entry level handset, the Xperia E just made an appearance at the FCC, just a short while after being made available for preorder. We’re dealing here with a handset that retails for $216 and features a 3.5 inch display, 4 GB of storage and 512 MB of RAM. 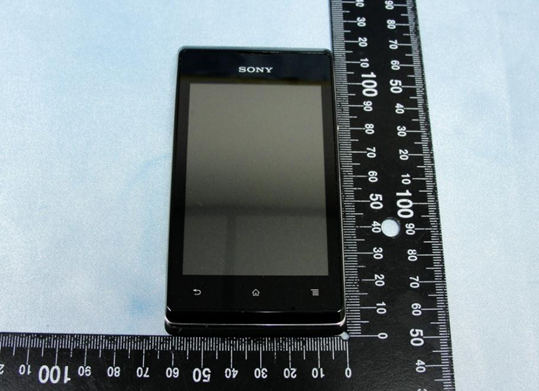 There’s also a single core Qualcomm MSM7227A processor on board and support for GSM 850, 900, 1800 and 1900 bands, plus WCDMA bands I and VIII. This device was announced back in December and it’s expected to be released in Q1 2013. It features a mini SIM, measures 11 mm in thickness and weighs 115.7 grams. Its display supports a 320 x 480 pixel resolution and it offers 2 finger multitouch. There’s also a microSD card slot with support for up to 32 GB in storage.

The 4 GB of internal storage actually offer the user 2 GB user accessible memory and at the back we’ve got a 3.15 MP camera. The CPU identity is a Cortex A5 and there’s an Adreno 200 GPU in the mix, if I’m not mistaking the same one from the older Windows Phone 7 devices.