Remember the Sony Ericsson WT18i phone announced in China a while ago? Well, now the handset gets an international version, that has just been confirmed by its maker. I’m talking about the Sony Ericsson Live With Walkman, announced today and packing appealing features, such as 1GHz CPU and Android 2.3 Gingerbread. 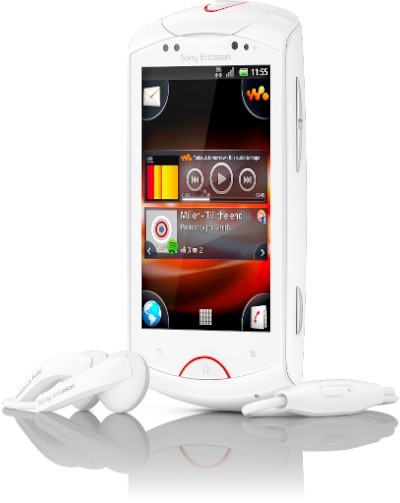 We’re dealing with a music phone here, one that comes with a dedicated Walkman button, that opens up the music player on the device. Sony Ericsson Live With Walkman also features a front VGA camera, a main 5MP camera with autofocus and 8x digital zoom, plus 720p video capture. 320MB of RAM and a 2GB microSD card bundled fill in the specs list.

Upfront there’s a 3.2 inch HVGA resolution display and as far as connectivity goes, you get HSPA+, WiFi, Bluetooth and dual band 3G/ triband 3G. This phone with Qriocity integration and tons of SE-specific audio technologies: PlayNow, TrackID, Walkman player, xLOUD. Expect a Q4 debut and a price in the range of $300-$400, which is a mere lucky guess from me, so don’t take it for granted.