Nokia just posted a countdown on its Facebook page and checking out the link of the countdown we uncover what will be revealed tomorrow, August 24. I’m talking about Symbian Belle here, that will probably be detailed on Wednesday together with some new handset models. 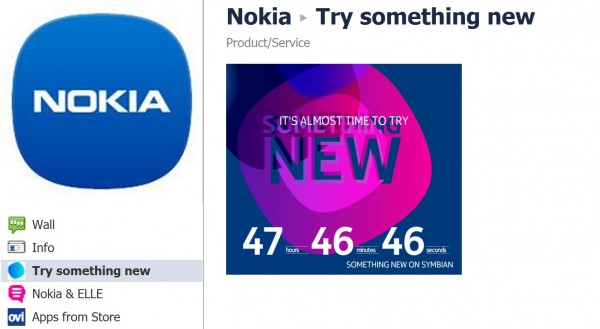 Nokia 600, 700 and 701 are the most likely newcomers, since they’ve leaked previously and they had Belle on board. We have to mention that last week this version of Symbian was leaked on a forum and available on the Nokia N8 model, but finally it had some problems, so not many people could install it. As far as Belle features are concerned, we’ll get 6 home menus, different sizes of widgets, customizable home screens and a notification bar that reminds me of Android.

The web browser doesn’t get much of an update, aside from the navigation area at the bottom, that includes options such as history, bookmarks, main menu and open windows. As far as the phones revealed tomorrow go, we’ll see the Nokia 700 with a 5MP camera, WiFi b/g/n, HSPA connectivity and a 1080mah battery.