Sony Ericsson’s Walkman series makes kind of a poor return with the aid of the Sony Ericsson Live With Walkman handset, that’s shown in the unboxing experience below. The result is a mid-end Android handset with a decent camera and the experience of a mini series SE device. 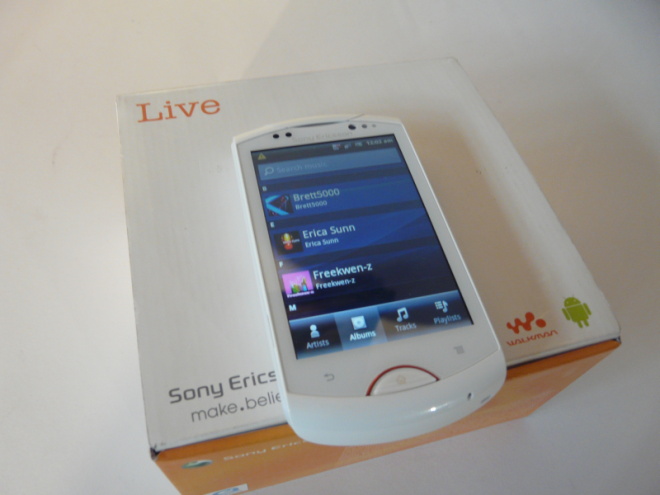 The box of the handset is anything but special and it includes the usual accessories: microUSB cable, charger, headphones (not even earbuds!), manuals and the battery of the handset. Considering I’ve also just unboxed the Xperia Active and found the package filled with accessories, this is kind of a letdown, but what can you expect from a handset that costs somewhere between $200 and $300?

Other than that, I have to say that the device looks kind of cheap, plasticky and its back even creaks a bit, so the quality is a letdown as far as SE standards are concerned. Over the following days I’ll try to figure out just how much of a Walkman this phone really is and I’ll be back with a full review afterwards.