While Samsung, LG and HTC are leaking an impressive number of devices, Sony Ericsson seems to stay quiet. But not quiet enough, as we’ve just learned info about the specs of two new handsets: the Nozomi and Ayame. The latter appeared in NenaMark’s aggregated results page for benchmarks. 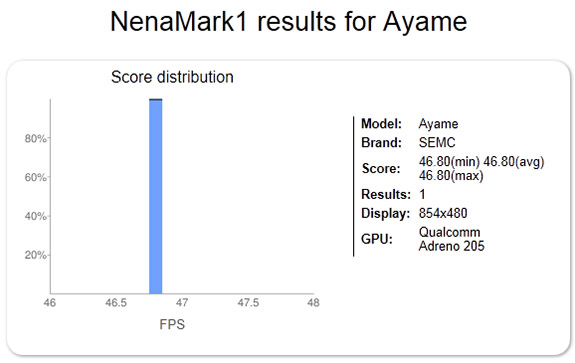 Sony Ericsson Ayame comes with a 1.4GHz Snapdragon processor (single core), a Qualcomm Adreno GPU and Android 2.3.4 as the OS. The device scored 47 points in the benchmark and supports a 854 x 480 pixel resolution. There’s also talk about a SE Nozomi model, one that would bring the company its first phone with a 720p display.

Nozomi is supposed to feature a 1.4GHz single core processor and a 4.3 inch display with 1280 x 720 pixel resolution, plus a microSIM card slot like the iPhone 4. With such a screen the smartphone will have a higher pixel density than the latest iPhone’s Retina Display, which is always a welcome evolution.