After turning the Xperia X8 into the W8 Walkman model, Sony Ericsson seems to have resurrected its line of music phones, by readying a new Walkman model. This time, the Sony Ericsson WT18i leaked in China, looking like a device for youngsters and with a supposed budget price. 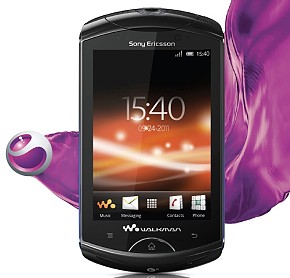 WT18i comes with a Marvell PXA 920 806MHz CPU, a 3.2 inch HVGA screen and 150MB of internal memory. There’s also a microSD card slot on board and a 3MP camera with 480p video recording at the back. A front videocall camera is included too and the entire device weighs 110 grams, making it quite compact.

The OS mentioned by the leak is OMS 2.5, which is most likely OPhone, a Chinese version of Android. TD-SCDMA connectivity is supported, indicating a Chinese release for now, but we wouldn’t exclude a global launch as well.