It’s been a while since we’ve seen a new Sony Ericsson Walkman phone, but fortunately we can check out concepts of these devices, till they surface. SE WX1 and WS1 are two designs created by Esato board member juris15 and shown after the break, in a pretty official-looking poster. 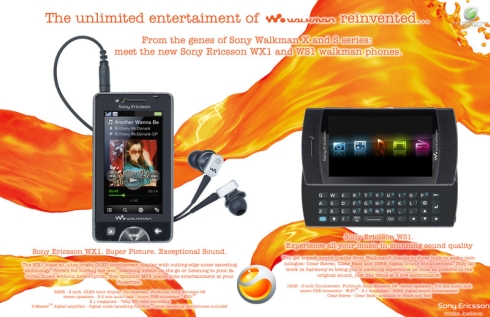 Both models pertain to the Walkman series, so they’re music phones, packed with top notch audio technology. Sony Ericsson WX1 features a 3 inch OLED touch display, noise cancelling technology and 32GB of internal memory. Stereo speakers are also to be found on the handset, as well as a 3.5mm audio jack, an 8.1 megapixel camera with HD video recording and WiFi.

The same camera module is incorporated into the WS1, that only gets 16GB of memory, a 3 inch display, but also adds a sliding QWERTY keyboard in the mix. The latter is pretty odd for a music phone, but at least we’ve also got cool specs like the stereo speakers, digital sound enhancement and Clear Stereo technology on board. 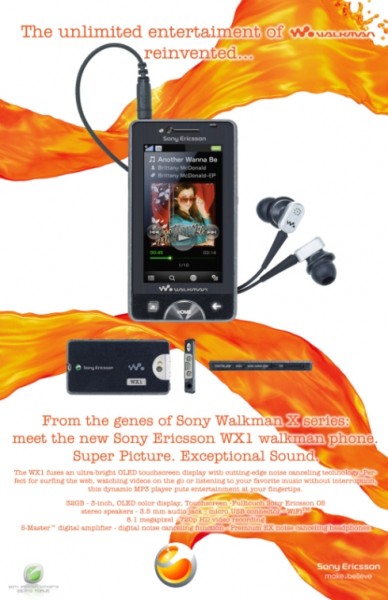 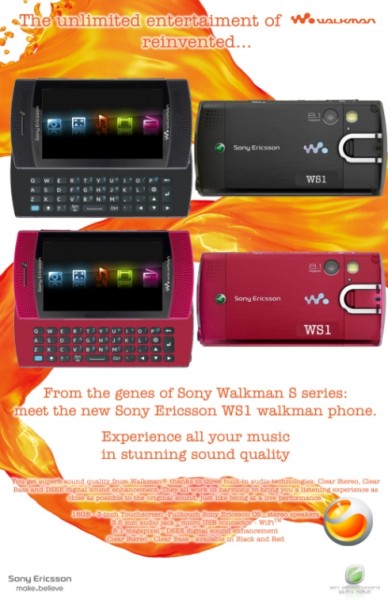