If you’ve ever heard about the WiMAX HTC Supersonic rumour and thought it was great, prepare to have your dream come true. Sprint has just announced that the handset is real, it’s dubbed the HTC EVO 4G and it’s coming this summer. Have a look at the great smarthone in the following image: 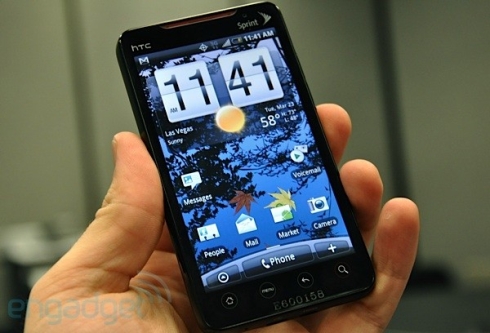 This is certainly a HTC HD2 successor, considering its specs and upgrades, but you have to know that it runs Android, with the aid of a 1GHZ Snapdragon CPU. HTC EVO 4G comes with 1GB of built-in memory, 512MB RAM and an incredible 8 megapixel camera with flash and support for 720p HD video recording, plus a 1.3 MP camera at the front, for videocalls.

HDMI out is also on board, as well as WiFi 802.11b/g support and an 8GB microSD card bundled with the device. Android 2.1 runs with HTC Sense Sense on top, but the primary appeal of this handset is the fact that it’s Sprint’s first official 4G phone. It’ll use EV-DO Rev. A connectivity, WiMAX as well, but calls will be placed via CDMA. 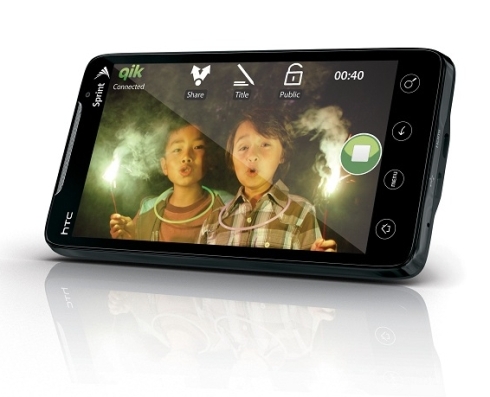 In other news, CTIA Wireless 2010 is taking place these days and the folks of Engadget managed to score a HTC EVO 4G unit, getting some hands on time with it. They say it’s “breathtaking”, its camera is great, the screen is gorgeous and the Sense UI is very responsive. Engadget also mentions that the front capacitive buttons are flat and tough to see because of the thin chrome icons. 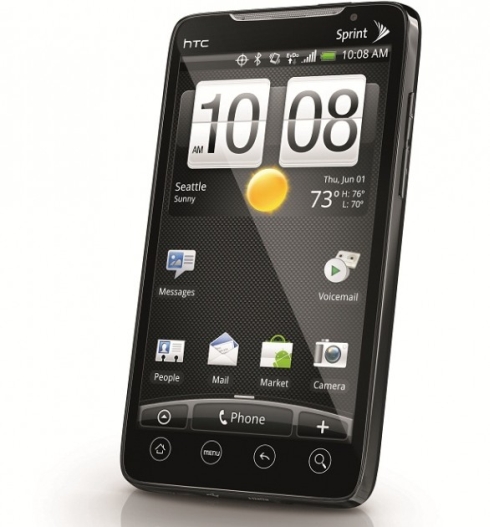 There’s a strong chromed kicked stand at the back of the smartphone and we also learn that the touchscreen keyboard is huge and easy to use. No info on price or launch date, aside from that “summer” thing. Here’s a presentation video of the handset: