Since the Xperia Arc S has just been announced at IFA 2011, I thought that this was a good time to get the original Arc for a test session. Right now we prepared for you the unboxing of the device, available below, with bells and whistles. 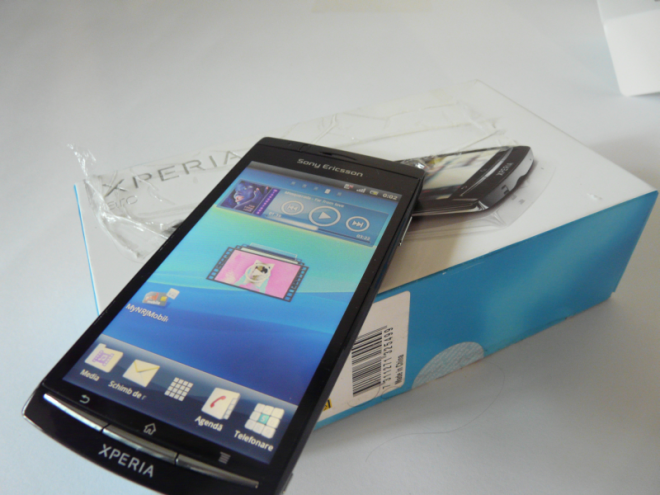 This extremely thin handset was actually the thinnest smartphone in the world, before Samsung decided to release the Galaxy S II. Arc’s curved beautiful design is not the only thing that the phone has going on, since this single core Android device also has a brilliant camera at the back. The smartphone comes inside a beautiful blue box, that holds the manual, the charger, USB cable and headphones.

Starting up the Xperia Arc takes a while, but it’s well worth it, since after the boot screen we find a nifty customized Android, with the TimeScape and MediaScape layers. Sadly, there’s also a bit of lag to be felt, just like on the Xperia Play, that I tested a while ago.