Sony Ericsson is all about updating Xperia models recently, so after the Xperia Neo V, this week they’ve announced at IFA 2011 the Xperia Arc S. Well, the first model I just mentioned also got some quality hands on time at IFA, courtesy of Pocketnow, as we’re shown in the video below. 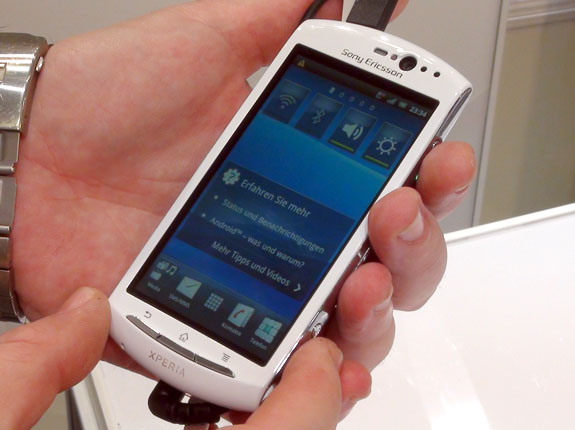 I need to remind you that the specs of the device are very much the ones of the Xperia Neo, aside from a bunch of tweaks here and there. The design reminds me of an Xperia Play without the sliding area with gaming controls. Especially the side metallic buttons give me that feeling… As far as hardware goes, the Neo V comes with a 1GHz Snapdragon CPU, a 5MP camera with AF, 720p video capture and 3D sweep panorama.

The smartphone runs Android 2.3.4 Gingerbread and uses a 3.7 inch FWVGA display with Mobile BRAVIA Engine, that looks great in the hands on clip below. 320GB of internal memory and a bundled 2GB microSD card should provide you with enough storage if you decided to buy this model.