Our source in Barcelona has been playing with a PSP Phone over the past hours and we’ve got video proof of it, also published on our sister site, Mobilissimo.ro. Known as the Sony Ericsson Xperia Play, this console phone is basically an Xperia X10 with gaming controls and upgraded specifications. 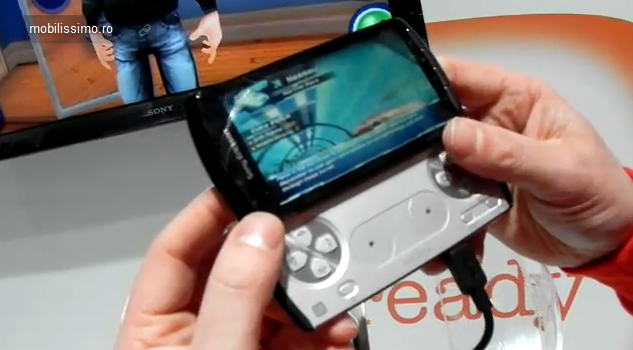 The product is coming in March with a price tag similar to the Xperia X10 at the time of its original release. The handset weighs 175 grams, measures 16mm in thickness and uses 4 inch LED-backlit LCD with a 480 x 854 pixel resolution. We get to see the Asphalt 6 racing title in action and we find out that it’s capable of multiplayer via WLAN.

The handset uses a 1GHz CPU to run Android 2.3 Gingerbread and its battery provides up to 6 hours of playing time, according to the Sony Ericsson both guy. The control system looks nice, the shoulder buttons are well integrated and the screen is brilliant. There’s also a 5MP camera on board that should behave well.

Thanks Zsolt for the report and thanks SE for the hands on!