While in Barcelona, at MWC 2011, we stopped for a moment and had some fun with the 8.9 inch slate LG Optimus Pad. The device looks great and Android 3.0 Honeycomb is a breeze to use, allowing tons more customization than any other OS out there. It comes with a multitasking key, a big app section and a plus symbol at the top, opening a menu with multiple windows. 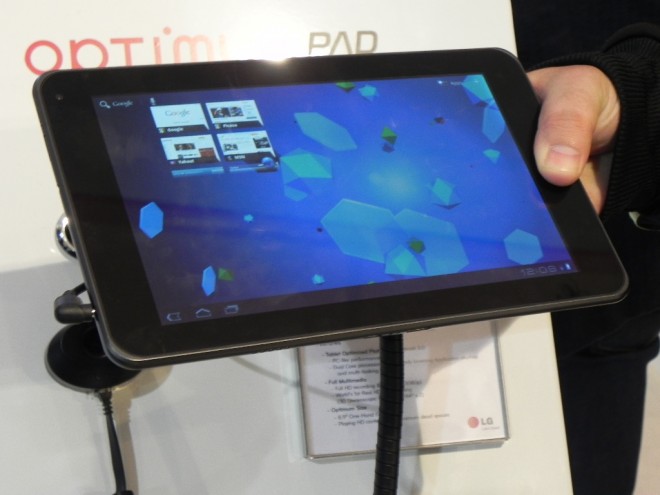 These multiple windows can be customized with widgets, which you can add to various desktop screens for later use. As you’ll see in our hands on video, there are two cameras at the back of the LG Optimus Pad, each with a 5MP sensor and together they support 3D capture. The resulting content will reach a 3D TV for display via HDMI or DLNA.

The camera comes with a flash and under the black hood of this slate there’s a 1GHz Nvidia Tegra 2 CPU, a dual core processor. Also, the display on the device is a 15:9 aspect ratio screen with full HD 1080p video decoding and a 1280 x 768 resolution. Towards the end of the video we get to see how thin the product really is.

We’ll be back with more info later on! 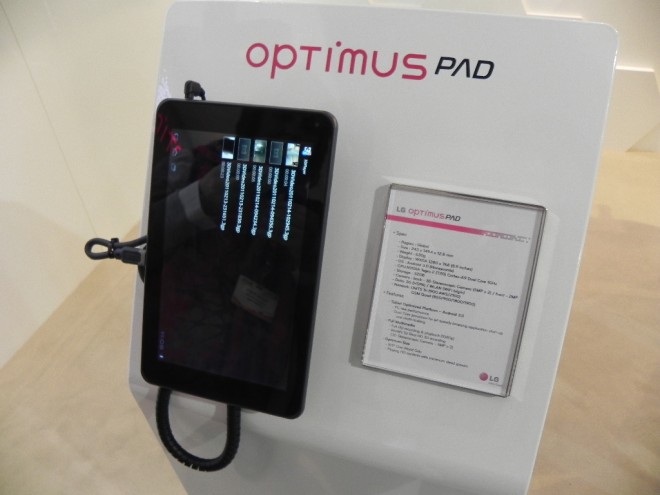