Home Android Sony Lavender Gets Rendered, With Very Narrow Bezel Screen, Not Much Else 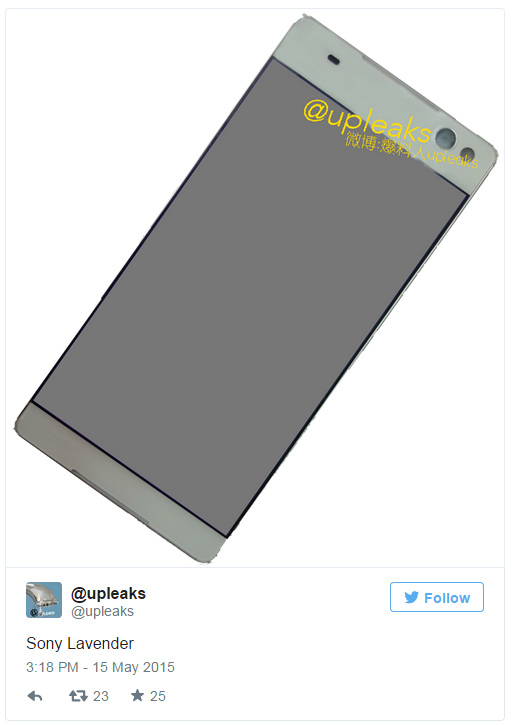 It appears Sony is also ready to jump on the bandwagon of device makers with edge to edge screen smartphones in their portofolio. They’ve taken a page from the book of Vivo and ZTE and created the Lavender model pictured below.

Leaked by @Upleaks, the device seems to have very narrow screen bezels and we also know a few of its specs. Sony Lavender is said to offer a Full HD resolution, a 2 GHz octa core ARM Cortex A53 processor, with Mali T760 GPU and integrated LTE modem. The internal model number for the handset is E5503 and it comes a series of similar releases from LeTV, Xiaomi and more brands.

There’s no way of telling if the final product will be related to the Xperia Z4, Z4 Ultra, Z4 Compact or Z5, but it probably is. I notice there are stereo speakers upfront and a pretty large front camera. This could also be an Xperia M model or an Xperia T model, but we’ll probably learn more either this summer or at IFA.