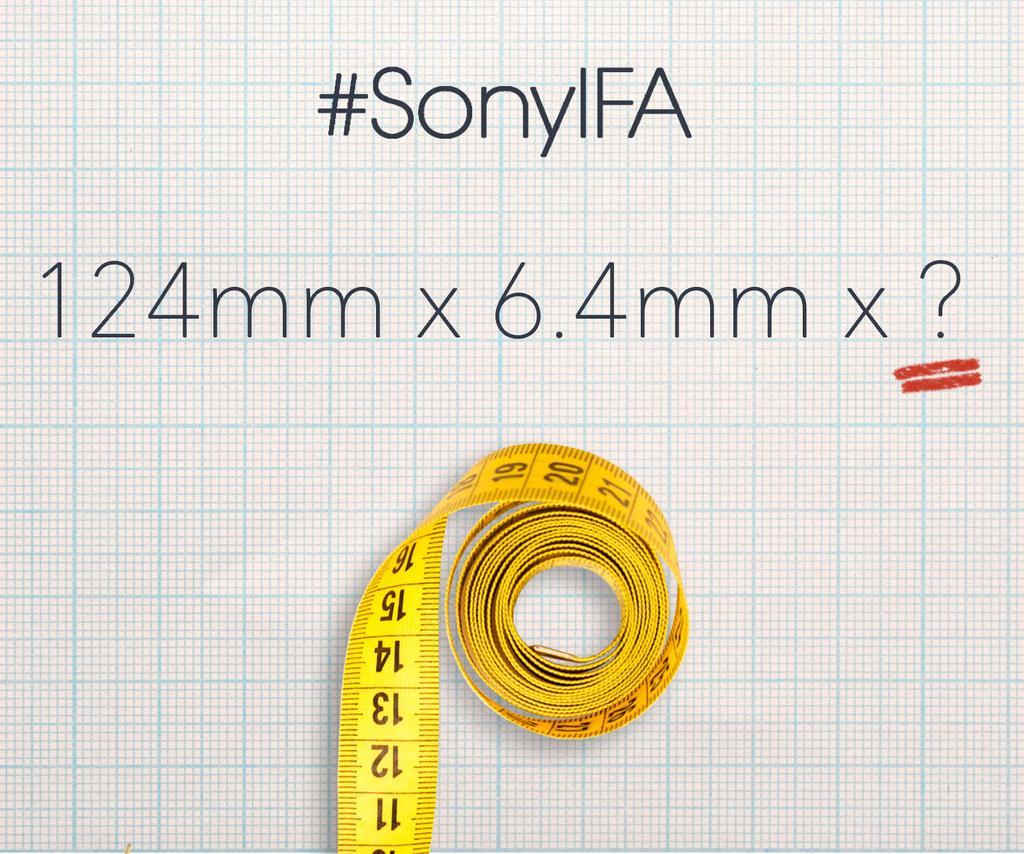 Sony teased a series of Z3 devices a few days ago, including two Z3 phones and a Z3 Tablet unit, according to people in the know. This weekend, Sony teased its upcoming devices again, by posting a measuring tape and some sizes. Since the device is so thin, it’s most likely the Z3 Compact… 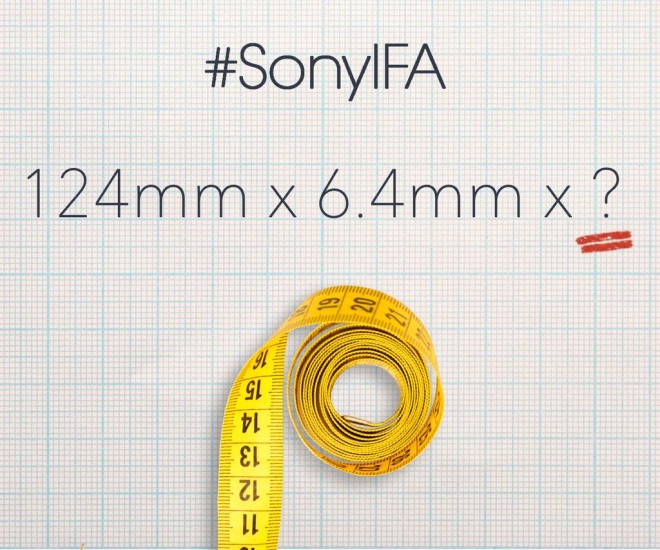 We already expect the Xperia Z3 to have a reasonably slim waistline, but I doubt it can go below 8 or 7 mm. Meanwhile, the 6.4 mm deice is either the Xperia Z3 Compact or maybe the tablet, although the latter isn’t quite possible with the 124 mm thing, that’s probably the device’s length. Considering the fact that the Xperia Z2 was 146.8 mm long, I’m guessing this is really the Compact unit, after all.

Last I heard, the Z3 Compact was a waterproof and dust proof handset, with a 4.6 inch Full HD display, 3 GB of RAM, 16 GB of storage and a 20.7 MP camera. The OS is Android 4.4 KitKat and the CPU is most likely a Snapdragon 801, if leaks are correct. Now the question is: will you buy the Z3 or Z3 Compact?